Really? Then President Mahama Is Not “Pepeni”! 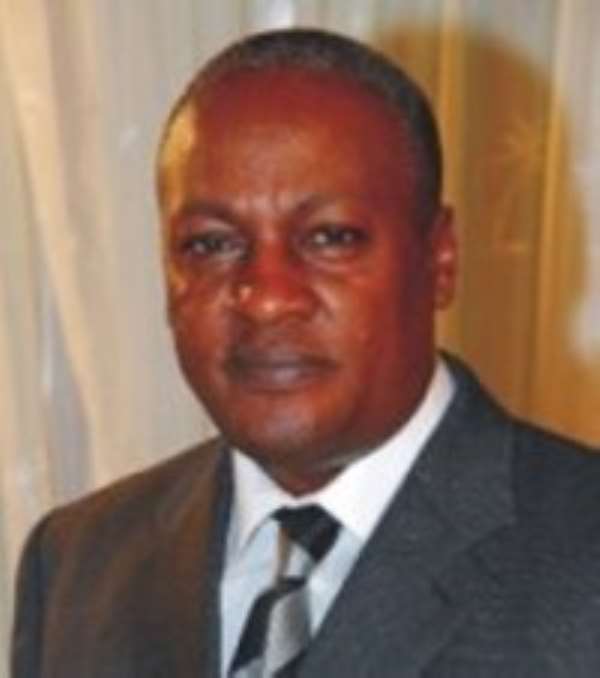 I have been following the ongoing electioneering with keen interest, and it is fair to stress that all the political parties seeking the mandate of the electorates are resorting to mudslinging in some ways. Smear campaigning has arguably become part and parcel of the Ghanaian politicking. But, in fairness to the players involved, it is pertinent to subject some of the expositions to further investigations. If an incumbent president of the nation is being labelled a womaniser and corrupt, I daresay that such expositions should never be overlooked by right thinking Ghanaians.

Let me state categorically that I am not writing this article in support of any political party, but rather, I am only exercising my democratic right as a Ghanaian, who believes in absolute freedom of speech. I must admit, it is worrisome to hear all sorts of epithets flying at the direction of no lesser person than a president of the nation. We hear that 'His Excellency President Mahama is a womaniser, and if such allegation holds water, then discerning Ghanaians have every right to show concern. Caveat: Before any unreflective thinker throws euphemistic and invective language at me, let me make it clear that I am making this call to only discerning Ghanaians. In any case, please contain your emotional intelligence and read on.

Who is a womaniser? A womaniser is “someone who pursues women lecherously or passionately”. Deductively, a womaniser is a liar. A liar is susceptible to stealing. And, a thief is a gigantic liar. In practice, it is impossible to keep several concubines, unless you are a cognitive liar. In other words, you have to engage in a lot of 'propaganda' in order to have your way. Again, how do you provide financial support for all your concubines if you have 'a shallow pocket'? The likely scenario is you may resort to corruption to support your income in order to feed your habit of keeping several concubines. Clearly, then, there is correlation between womanising and corruption. It is against this background that I am expressing concern about the womanising and corruption innuendoes being directed at President Mahama. If, 'His Excellency' is indeed a womaniser, then he cannot be called “Pepeni” (honest person).

A womaniser is not an honest person (“Pepeni”). This reminds me of Kofi Atta's explication of the word “Pepeni” in his article which appeared on Ghana web on 4 September 2012. The article is titled: Is 'Pepeni' still Relevant in Contemporary Ghanaian Politics? Kofi Atta averred that his Grand Mother explained that the word “pepeni” was from the Akan word “pepeepe”- meaning 'exact”, “honest”, “truthful”. Kofi Atta explained further that according to his Grand Mother, “because when northers migrated to the south, they were so honest and truthful that, their no was no and yes was yes”. “One could leave them alone at home with gold and diamond unattended and on your return nothing would have gone astray”. “They were also very punctual and always on time”. “As a result the southners or Akans referred to the northners as 'pepeepefuo'. “That is, honest and truthful people”. “With time the word was corrupted to become pepefuo or pepeni (singular), subsequently and sadly the word pepeni gained derogatory meaning”.

A womaniser may be irresponsible. The individual may disown the umpteen children emanate from his villainous and amorous relationships. It is fair to say that am not privy to the number of children our president luckily got from his supposedly several relationships, but let us hope none of such children have been disowned. If some of them have been disowned, then it will raise eyebrow. This is because, if for argument sake, our president cannot oversee the welfare of say, ten children, how on earth can he look after well over twenty five million people?