Diversity In Unity For Sustainable Nation Building And Devlopment: The Case Of Ethnic, Racial, Religious And Other Identity Arithmetic In Politics 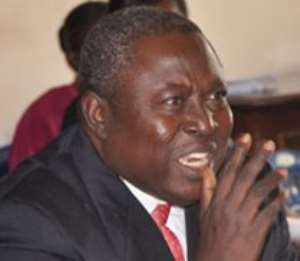 The modern disciplines of conflict, peace, and security studies and research have underscored the importance of a balanced ethnic, racial, religious, gender and other minority interest group democratic participation in the building of stable and sustainable nations and good governance. This is because in the natural and inevitable struggle for power, status, roles and values within any political system containing these diverse groups, political elites who perceive they are marginalized may and do often resort to these group interest for social and political mobilization for political and economic power.

I believe some of the foregoing reasons account for Article 55(4) of the 1992 Constitution underscoring the national character of political parties when it states that: “Every political party shall have a national character, and membership shall not be based on ethnic, religious, regional or other sectional divisions.” This rendition appears to take into account the fact that most African countries were configurations of an amalgam of different ethnic and tribal loyalties brought together by a common colonial history or circumstances whose interests invariably will have to be taken into account in the building of a unified but diverse democratic nation of different cultures, ethnicities, tribes, religions and sectional interests. It is in this regard that I fondly remember Mr. Drah's famous second year political science question in the course: “Politics in Africa”. It used to be a recurrent question in various forms and variations: “The politics of Africa is the politics of ethnic arithmetic. Discuss. Or: “How far is it true to say that the politics of Africa is the politics of ethnic arithmetic?”

Scholars of conflict, peace, and security studies; and conflict resolution will agree that most of the conflicts that have bedeviled the world in Africa and Europe have resulted from the suppression of the recognition and identity of minorities and other social groups who felt marginalized and used destructive conflict interaction as a means of economic mobilization. Evidence from research show the degree of probability that marginalized groups invariably may themselves be exploited by their educated and political elite who know the potential value of ethnic, tribal, religious, and or minority discontent mobilization in the struggle for socio-eco-political participation for political power.

Western and North American worldviews had created a stereotype of Africa, Asia and the rest of the Americas as the loci of such conflicts. But the break up of the Soviet Union and before then the low intensity destructive and violent conflicts in Ireland and Spain highlighted the global destructive nature of ethnicity particularly and other identity conflicts to any democratic and constitutional process. Bosnia, Croatia, Kosovo and others have shown the universal nature of ethnic and identity conflicts as not being merely an African, Asian or Latin American phenomenon.

The lessons from ethnic and identity conflicts are that every nation must respect its diverse identities as the surest means of enhancing unity and stability. Equality of opportunity and equity in the democratic process and outcome should be the means to maintain national unity, stability, and peaceful co-existence. This is why I think that even though ethnic and other considerations may be useful in making certain national affirmative action choices these must be made within the democratic and constitutional structure and institutions set out by the national Constitution of a country. Short cuts on grounds of expediency could be costly in any democracy should it lead to perceptions by other identity groups that choices for national leadership, particularly the Presidency, were not made taking into account merit, competence and patriotism within the frame work of affirmative or other actions.

The political history of Ghana confirms the fact that all political parties and military regimes that have governed this nation since independence have by virtue of the post independence history of the entities that became modern Ghana on 6th March 1957 taken the ethnic, tribal, regional and at times religious configuration of Ghana into account in the assignment of roles and status within the constitutional and political frame work of Government. Indeed since the introduction of the Presidential system of Government under the 1979 Constitution with its requirement of the accompanying office of a Vice President, a convention appears to be developing where the President and the Vice President may not and do not invariably come from the same ethnic or geo-regional group.

Under the 1979 Constitution the President, Dr Hilla Liman hailed from the then Upper Region but was for some reason classified as from Northern Ghana as geographical region. He did not serve out his term of office when that Constitution was abrogated by a combination of forces composed largely of young northern soldiers and their compatriots from other regions. The Vice President on the basis of ethnic arithmetic was from the Central Region.

Should the direction in which the NDC appears to be moving in the selection of a Presidential candidate for the 2012 General Elections by undemocratically using the National Congress on 31st August 2012 to endorse the transitional President of the Republic as their flag bearer come to fruition, we may well have a third Presidential candidate from the Northern region/Northern Ghana running with a running mate most probably from the Central region.

On the assumption that the next President will be elected from either the incumbent NDC or the largest opposition NPP we are going to have the NDC presenting a Presidential candidate from the Northern region who will be classified as coming from Northern Ghana and an NPP Presidential candidate from the Eastern region who will be classified as coming from the South or disingenuously tagged as from the Akan ethnic group. The 2012 Presidential elections thus appear already to be purposefully being constructed socially and politically on a broad North/South contest. Other ethnic groups will join these broad configurations as their economic and political mobilization interest inclinations dictate.

On 24th July 2012, I had finished filing my suit against the Attorney-General, Isofoton, and one other and left the Supreme Court registry when I got the news of the demise of the President. I went to see my informant to confirm the news. He confronted me with the fact that it was time Northerners came together to fight for the Presidential candidacy of the NDC. My answer was that we needed a Presidential candidate who can unite the NDC and win the election on the basis of probity, accountability and transparency. Should a candidate from Northern Ghana emerge who possesses those qualities I would support him on the basis of that merit, and not merely on ethnic considerations.

I called attention to the fact that there were already two Presidential candidates representing the CPP and the PNC hailing from the Northern Ghana geographical region. I asked what criteria we were to use to prefer any of the “northern” Presidential candidates to the other if we used ethnicity as the bench mark for reasoned choices?

But I have over the past few weeks come to the stark realization and understanding that the ethnic and religious cards are being purposefully played out by some political parties at the emotional level as tools of mobilization, with Members of Parliament, Chiefs, the religious and other interest groups as targets of conversion.

My candid view is that any region of Ghana that produces a Presidential candidate who can defend Ghana First by exhibiting probity, accountability and transparency in governance ought to be the best President for Ghana. Presidential candidates, who have held public office before, should defend their personal records of commitment to the national interest in those offices against the looting of the exchequer as weighty considerations for election to the high office of President. Osagyefo Dr. Nkrumah first went to Parliament from Accra but put Ghana First. Flt Lt. J. J. Rawlings as a revolutionary Chairman, and later as President who won evenly, nationally put Ghana First.

The stability of the nation and the general interest of Ghana First do not favour the playing of ethnic cards in Election 2012 for the Presidency. The difficulty for Election 2012 will be one of convincing the electorate that the NDC and the NPP stand for different traditions. Until the NDC undertakes drastic reforms between now and December 2012 this nation appears to be in the last chapter of Animal Farm where the animals can no longer make a distinction between the hosting pigs and their human guest at the banquet in the Farmhouse. The NDC has seriously deviated from its egalitarian social democratic founding objectives and over adopted the property owning democratic tradition of the NPP.

I make no comments about the distribution of status, roles and other patronage to the various identities because over the years Ghanaians have perfected the art of ethnic and religious arithmetic at the Ministerial and lower level positions. Let's put Ghana First and avoid tendencies that will harness our unity in diversity for destructive rather than productive democratic interaction.

I don't recall we ever changing a leader in the middle of a ...
53 minutes ago