Another accomplice in court over Denkyira riot 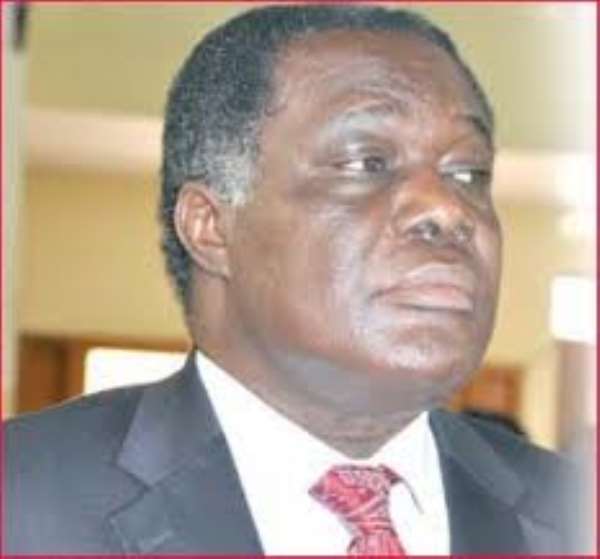 By Helena Selby
An additional accomplice in the recent Denkyira riot had been arraigned before an Accra Circuit Court, where three others were previously arraigned on charges of rioting and causing harm.

The accused person, Thomas Lamptey, alias Odartey, unemployed, yesterday appeared in the dock, together with the rest of the accused persons, Ayetei Tetteh, mason, Quaye Anmah, electronic repairer and Malik Okine, mechanic, who were in court on the last adjourned date.

The accused persons and seven others, currently at large, allegedly rioted with guns, cutlass and sticks, and in the process shot a-15-year-old at the back, over reasons yet to be known.

The accused persons were also accused of causing damage to a ford pick-up vehicle and other belongings to some members of the community at Denkyira in the Ga South Municipality.

They pleaded not guilty to all charges leveled against them before the court, presided over by Mr. Francis Obiri.

Ayetei Tetteh, Quaye Anmah and Malik Okine have been admitted to bail in the sum of GH¢16,000 with two sureties each, and the fourth accused person, Thomas Lamptey was, however, remanded into custody.

All accused persons are expected to re-appear before the court on August 27, 2012.

The facts of the case are that on July 20, 2012, the three accused persons, who are members of one faction and eight others at large, became aggressive and as a result, armed themselves with machetes, guns and sticks, and attacked other residents in the village.

The prosecutor, Superintendent Kofi Blagodzi told the court that in the process of the actions taken by the accused persons, a-15-year-old boy sustained gunshot injuries at the upper part of his back and was rushed to the Korle-Bu Teaching Hospital, where he was treated and discharged.

According to the prosecutor, the victim in the attack and other victims of the incident reported the matter to the police, and as a result proceeded to Denkyira and arrested the accused persons, while the eight others managed to escape.

Superintendent Blagodzi noted that during investigations, the police established that the three accused persons took part in the incident and in the process, the first accused person and one other at large caused damage to a ford pickup car belonging to a member of the others faction.

He further mentioned that the first and second accused persons and two others at large, caused damage to three of the complainant's cooked food meant for sale.

'The third accused person and four others at large on the other hand assaulted a complainant till he became unconscious.

He was rushed to Amasaman District Hospital, where he was revived. The police issued medical forms to him and the gun shot wound victim' the prosecutor told the court.