The Use Of Websites In Political Campaigns – Is Ghana Ready? 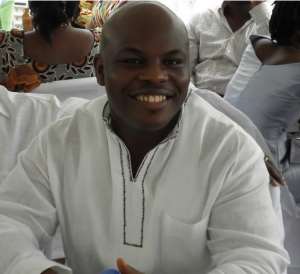 The dependence of the ordinary Ghanaian on the use of technology to communicate seems to be increasing by the day. As political parties brace up for a keen campaign this election year, there is no doubt that the innovative use of technology in disseminating campaign messages cannot be over emphasized.

The development of websites, social media networks such as Facebook, Twitter, YouTube and blogs are gradually changing the face of social interaction and gradually, political players are adopting this novelty to access a wide and much more diverse audience in disseminating their campaign messages in a much more cost effective way.

Not very long ago, Political parties and their candidates developed basic websites which sought to announce their presence and more importantly convey vital information concerning their campaign objectives to their respective constituents.

As a web developer myself and in some instances providing consultancy services in this area of work, I have come to realize that a lot has changed since then; with most of them now resorting to colorful database and image-driven websites. These websites incorporate biographies of candidates and campaign issues couched to generate debate and solicit feedback so as to afford them the opportunity to rationalize and explain issues. Also, politicians have successfully used social media networks to seek support.

Politicians have become over-reliant on technology to the extent that it is now common to see them at social gatherings and even on television indiscreetly using their cell phones and tablets to pass on a message to a colleague or a friend. This phenomenon clearly shows how communication through the use of technology is has become essential and almost indispensable to the politician.

Campaign websites in themselves are not a panacea to winning elections. However, having an experienced web communication strategist, who would conduct extensive research into your campaign needs, is a sure way to engage the attention the electorates.

Generally, campaign websites should have an integration of social network sites such as Facebook, Twitter, YouTube and Picasa of which a good web developer who understands your web communications strategy would also help integrate these social networking sites to your website where users would be able to read your updates on your website. This increases the degree of participation and with other tools such as googlemaps, your audience and supporters including the media would get to know where the next campaign rally would be held.

Frequent users of social networking sites are extremely high. They check their messages and upcoming events regularly on their mobile phones and personal computers. They are likely to keep in touch with you and your campaign.

The strategy should look at uploading information regularly that will identify with a varied audience, for instance young voters will be looking for candidates who will address issues such as job creation, whilst the much older will be interested in issues such as pension and retirement benefits presented in a simple and understandable way. In short, information provided should satisfy the curiosity of potential voters; however the information provided should not be overbearing.

For those who are yet to develop their political websites for campaigns here is a quick list of important content elements that every campaign website should include:

The next important element in every political campaign website is the Issues which you wish to get across to your audience and constituents. These may include political figure, the party position he occupies and ideology. This part of the website should give a clear vision statement of what the politician believes in.

Endorsement pages are very important; they do help feature personalities who have accepted you and are part of your campaign effort. However, endorsements should not be done out of context. They should be role models and be chosen from constituencies the political figure is standing for in the case of an aspiring Member of Parliament (MP) or person admired by all in the case of a Presidential candidate.

Your campaign news page is also important and must be updated regularly with news and other campaign information. This information sometimes gives hope to your supporters and most often wins new supporters. What they read about you informs them on the future of the party. Video clips and photos also serve to enhance the website and give an exciting visual image of what has taken place.

A contact page offers an effective feedback mechanism. It allows users all over the world to interact with you. You are also able to mobilize volunteers through the contact form and your supporters will be able to contact you and pass very important and sensitive information to you. In fact it should also be an easy way for someone to contact the campaign team. It is also important to include a physical address and phone number.
Providing a Privacy Policy on your website is also a good idea, it helps build trust, particularly with potential donors. This policy should be made available on your website and it will serve to inform users on what specific information is collected, whether it is kept confidential, shared with partners, or sold to other firms or enterprises.

A successful political campaign must have a web communications strategy which also includes the development of a content management system website and a dynamic social networking presence catering for a diverse patronage. Political campaign websites provide a cost-effective way of establishing campaign messages, communication with users, and maintaining a candidate's stance on a variety of issues.

It is recommended that political aspirants especially new entrants who wish to establish a strong presence on the national and international scene avail themselves to this powerful medium. It is cost effective and offers a wider reach with the populace. Every candidate for public office, from the constituency to the national level, should recognize the relevance of a powerful online medium to increase their chances of winning.