Forty Days after the President's Journey -What He Taught Me to do! 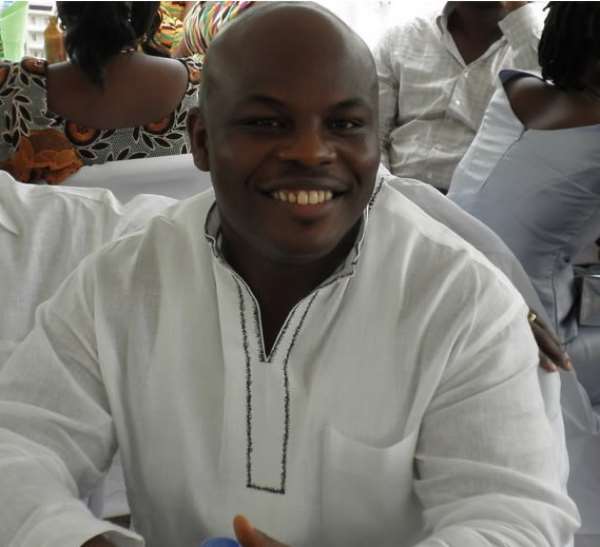 Its over forty days since His Excellency, President John Evan Atta Mills finally joined the Great Architect of The Universe. From all indications, I believe that he is resting comfortably with our maker. For a long time I have been thinking about this Noble Son of the land, and in celebrating forty days after his final journey, I wish to share with you what President John Evans Atta Mills taught me to do.

On several occasions, I have had the opportunity to be at events where the Late President has attended. Whenever I come closer to where he is or seated, I always take a careful look at him with lots of admiration. The way he walks, sits and talks. His sense of humour makes me exhilarated.

Despite the shock that greeted the death of the President, I personally saw it as a lesson for myself, young people in Ghana, Africa and the world. I have never known the Late President personally, but my work as a Civil Servant has more or less brought me closer to the work at the Presidency. I have great respect for his integrity, intellectual prowess and calm demeanour. He is also God-fearing.

Since the day His Excellency President Rawlings openly declared and raised the hand of the late President Mills who was then His Vice-President in the infamous Swedru Declaration, and assured members of the National Democratic Congress (NDC) that Prof. John Evans Atta Mills was a man they can trust to lead the party, I have been interested in the Life of President Mills, and I have grown to appreciate his passion, sincerity and trustworthiness and the exemplary leadership he demonstrated with a sense of humility and peace.

I was privileged to be among the first few people who had the opportunity to view the mortal remains of His Excellency President Mills after the President, Vice President and Members of the Council of State. As I walked into the banquet hall, I came face to face with the reality of the President's death.

I am not the kind of person who views mortal remains but this time I was able to and really took my time to view the mortal remains of President Mills as I always do when I meet him at events.

On my way out, I was just asking myself, is that the end of the most powerful person of the land, the Commander-in-Chief of the Ghana Armed Forces, the Professor whose academic achievements can be described as one of the best in the world?

I also became ashamed of the way some people have used several unpleasant words against him especially by some even less accomplished who have shown ingratitude and disrespect for him and the Presidency.

And for me as a young person who understands that life is how you make it, His death has taught me great lessons.

The death of President Mills has taught me that pride and arrogance is not a recipe for a successful life. We are mere mortals crafted from the soil. For one to be successful like President Mills, you must be decent and modest. As humble as he was and leading by example, President Mills subjected himself to a thorough search at the Kotoka International Airport during one of his official trips as President of Ghana-Very unprecedented.

His death has also taught me that corrupt practices whiles in public office would not lead to a successful life. President Mills worked with the then Internal Revenue Service (IRS) for eight years as Board Chairman in 1988 and appointed the Acting Commissioner of the Service until September 1996 when he was confirmed as Commissioner.

During his term as IRS boss, he eschewed corruption and brought in measures that would go a long way to provide a remarkable reduction in tax rates and to broaden the tax base in the country.

He paid surprise visits to the erstwhile IRS and other revenue service and always urged staff to be serious in their duty of mobilising revenue for national development.

His death also taught me that if at first you don't succeed, try again. Indeed his historic three significant elections and a run-off won him the mandate of Ghanaians to lead Ghana. This remarkable determination to become president and to make Ghana a better place also made him the first ever Vice President to have assumed the role of the Presidency.

President Mills' death whilst serving in office also taught me to believe in Ghana, work hard and sacrifice for Ghana, and for me there can be no tribute that I can give to him than to do same towards a better Ghana. Like the example he set, President Mills worked tirelessly and sacrificed for Ghana even at the peril of his own health. Even on the day of his death, I watched the Speaker of Parliament on television reading a letter from the late President Mills informing Members of Parliament about his planned working visit to Nigeria. His trip was to confer with President Jonathan Goodluck on matters affecting the West African sub region. He was a true selfless and patriotic son who sacrificed his own life to improve the well-being of the sub region.

It is difficult and heart-breaking but he left a legacy which I believe would help not only me but all other young people all over Ghana, Africa and the world.

He was an accomplished intellectual and a true public servant full of humility, God-fearing, trustworthy and worthy of emulation.

I am sincerely inspired by his selfless decision to serve Ghana and to the extent of tolerating all the verbal attacks. Even after all the attacks, he calls each and everyone, “my brothers and sisters”.

And as a true 'father for all' he made himself accessible to everybody and never discriminated. He was also firm as a father who believes in a disciplined society.

Your Excellency, You indeed did not lead Ghana merely to make a living or amass wealth. You led Ghana in order to enable Ghana and the world to live a more meaningful life full of hope. May we live our lives so that when we die, the world will cry and miss us just as the world is doing for you.

And that will surely happen if we live by the scriptural truth and a life of humility that you lived.

I have learnt the lessons your death has taught me and would work hard so as to demonstrate it Sir!