Use Constitution To Retain Or Reject Govt - NCCE 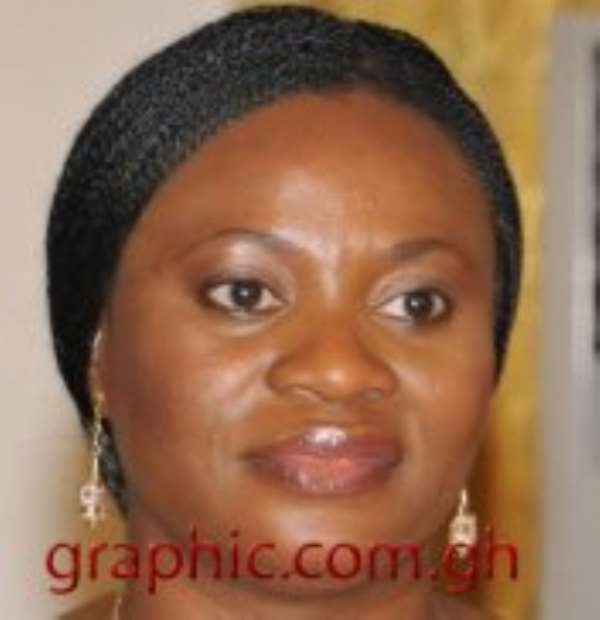 Mrs Charlotte Osei - NCCE Boss Ghanaians have been urged to use the constitutional mechanism to monitor government performance to vote to remove or retain the government of the day through general elections.

The Accra Metro Director of the National Commission for Civic Education (NCCE), Mr Ebenezer Tetteh Wayo, made this call at the 51st rally of the Accra Diocese Women’s Synod of the Methodist Church in Accra on Saturday.

The Women’s synod rally, dubbed “Women, you are a chosen vessel of Christ”, was to create awareness and usher in the main celebration of the 51st annual synod slated for May 2 - 6, 2012.

He noted with concern that even after people had registered as voters, some would refuse to vote, adding that, “When the wise men fail to vote, the unwise men rule them”.

That, he said, was the price people paid for showing apathy, saying “effective participation in governance was the surest way to attain the objectives of democracy.”

Mr Wayo continued that the leaders that Ghanaians would choose as their representatives in government and in Parliament should not necessarily be the richest, most educated or most important members of the community but rather those who had the capacity

to identify their needs, resolve conflicts, analyse problems and plan with the community.

He, therefore, advised that when choosing leaders or representatives, citizens should not allow themselves to be influenced or bought by money or other gifts, stating that it was an electoral offence to receive or give money or anything with the aim of influencing a voter.

The Accra Metro Director of NCCE explained that once voters sold their conscience for monetary gains or other rewards and vote in a manner that would be against their own conscience, they effectively forfeited their right to the sovereign will, forgo their right to complain if things did not go on well and consequently denied themselves the moral right to put government to task.

To achieve a peaceful election, he entreated Ghanaians to be law-abiding, have respect for each other and should be ready to resolve differences if they arose.

“The youth especially must ensure that they did not engage in the use of vulgar language, generate unnecessary conflict and allow themselves to be lured with deception by politicians who would use them to disrupt the peace and stability in the country but rather be agents of peace even beyond elections,” he added.

In addition, the Accra Diocesan Bishop, Right Rev. Titus Awotwi-Pratt, in a speech read on his behalf, called on the women in the church to take spiritual things seriously and contribute their quota to the ongoing women’s projects.

Touching on the theme for the rally, the Rev Pearl Paintsil from the Abossey Okai Circuit of the Methodist Church encouraged women, as chosen vessels of Christ, to stay in accordance with the word of God and commandments and be law-abiding citizens.