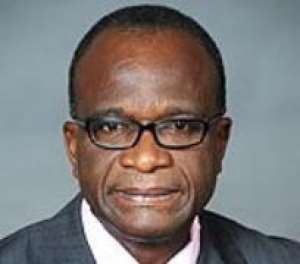 Mike Hammah, Minister for Lands & Natural Resources, has directed the management of Golden Star Resources to put in place the necessary steps to recommence operations at its underground Prestea mine before the end of this year.

He noted that government would be compelled to re-assign the lease if Golden Star Resources fails to reactivate the mine.

Golden Star Resources Limited took over the Prestea concession eight years ago and closed an underground mine following the exit of the previous mining company.

The re-opening of the underground mine is expected to create employment opportunities for more youth at Prestea and its surrounding communities.

Mr Hammah gave the caution when he interacted with the management of the Golden Star Resources Limited in Bogoso-Prestea as part of his familiarization tour of mining companies in the Western region.

He ordered management of Golden Star Resources to submit its work plan on the Prestea underground by the end of March while it prepares to start work before the December 2012.

The comprehensive work plan, which is expected to be forwarded to the Minster by the end of this month for his perusal, will spell out all the relevant time-frames, operational schedules.

'There will be no Prestea if the underground operation at the mine is not resumed,' said the Minister, who believes the destiny and the economic fortunes of the Prestea Township and its environs are inextricably linked to the re-opening of the Prestea underground mine.

With the progress in mineral processing and the promulgation of the Mining and Minerals Law in 1986, surface mining became viable.

The tour enabled the Minister to acquaint himself with the operations of companies in the sector and deliberate with management on possible solutions to address common challenges facing the mining industry.

Mr Hammah explained that government was committed to boosting the mining industry under its Shared Growth Development Agenda by vigorous reviewing the Minerals and Mining Act 2006.

The sector Minister gave the assurance that regulations geared towards improving the legal, institutional and regulatory regime governing the sector were currently being validated with the assistance of various stakeholders which would soon be laid before Parliament.

Responding to the Minister, John Miller, General Manager of the Golden Star Resources Limited revealed that the rehabilitation of the Prestea mine, which is linked to the profitability of their surface operations, was on track and indicated that the company was sourcing for a loan of $100million to resume full operations at the underground mine.

He said the company has put in place measures to ensure efficiency.

While the Minister toured the company's facilities, many young people from the Hemang-Prestea Township, who were clad in red bands and bearing placards with inscriptions, 'No underground mine, no surface mining', 'Away with GSRL', 'GSRL give us back our lands,' were preparing for a demonstration.

The youth, who were mobilizing more people from the surrounding communities, have on several occasions threatened to stage a demonstration over the failure of Golden Star Resources to re-open the Prestea underground mine.

They later besieged the palace of the chief with stones and other implements when they learnt that the Minister was paying the customary courtesy call on the chiefs and elders of the town.

Paltry Ghc700 NABCo Salary Is Slavery — US Based Lecturer Cl...
2 hours ago