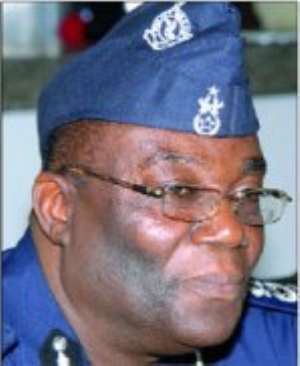 The Inspector General of Police (IGP) has been ordered by the Accra Fast Track High Court to produce proceedings in the service inquiry involving Detective Sergeant George Mensah Kpligi, a prosecution witness in the Alhaji Issa Mobilla murder trial.

The court’s order which was given Friday, followed an application by the defence counsel, Mr Thadeus Sory during his cross-examination of the witness.

Sgt Kpligi had testified that he was intimidated and demoted for implicating the military in the death of Mobilla, a former Northern Regional Chairman of the Convention People’s Party (CPP).

He said also that the accused persons, namely, Corporal Yaw Appiah and Private Eric Modzaka had subjected Mobilla to both physical and verbal abuse on December 9, 2004.

A third accused person, Private Seth Goka, is currently on the run. The accused persons, who are on remand, have denied the offence.

Mr Sory asked the witness if he could furnish the court with documents on his trial by the Ghana Police Service that led to his demotion, Sgt Kpligi was not forthright in his answer and that compelled counsel to make the application, which was opposed by the prosecution as a calculated attempt to delay the proceedings.

Counsel said the documents were very relevant to the defence’s case and his application was upheld by the presiding judge, Mr Justice Mustapha Habib Logoh, who adjourned further cross-examination to March 28, 2012.

The witness said that he was intimidated by his Regional Commander that he (witness) would see and that a service inquiry was constituted to try him for failing to obey instructions from a superior officer.

Sgt Kpligi said that he was subsequently demoted .

During his evidence in which he was led by a Chief State Attorney, Ms Penelope Marmattah, the witness told the court that Appiah, apart from subjecting Mobilla to verbal abuse, ordered him to suspend himself with both hands on the ground and his legs in the air.

At that point, the witness was challenged by counsel for the accused persons, Mr Thaddeus Sory, for making up false stories.

According to Kpligi, he could not state his evidence in his earlier statements because he had been intimidated and demoted by his former boss.

The witness said an alibi put up by Modzaka also turned out to be false.

The witness’ evidence followed leave granted to the prosecution to file additional evidence in the matter.

While he was in custody, the police claimed they received information that his followers and sympathisers were mobilising to free him.

Mobilla was consequently transferred from police cells to the Kamina Military Barracks and handed over to the three accused persons.

According to the prosecution, Alhaji Mobilla died in military custody three hours after he had been handed over to the accused persons, who were on duty that day.

The pathologist’s report revealed that Alhaji Mobilla was sent to the hospital dead and that he died from multiple wounds.