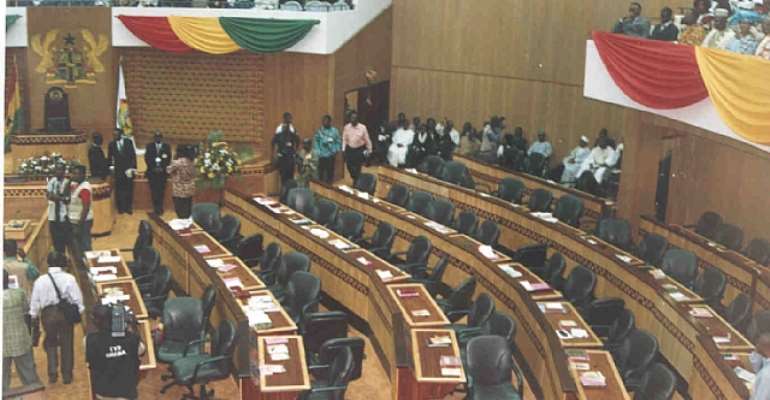 Accra, March 8, GNA - The Minority in Parliament on Thursday asked the House to summon the Defence Minister to explain the rational for creating a Special Forces Unit (SFU) within the Ghana Armed Forces (GAF).

They held that utterances by government officials, after the official “outdooring” of the unit at the 55th Independence Day parade on Tuesday, suggested that there were other motives for the creation of the unit other than the explanation the Armed Forces Directorate of Public Relations had given for the its existence.

The GAF has insisted the unit has been created to counter emerging threats to Ghana's security vis-a-vis its status as an oil producer, and to facilitate decisive response to terrorisation of Ghana's integrity.

However, statements allegedly attributed to some government officials, suggesting that opposition die-hards who undermined the security of the country during the electionerring period would be decisively dealt with by the unit, has irked the ire of the opposition New Patriotic Party (NPP), who think its (SFU) creation is meant to subvert the will of the people during Election 2012.

Mr William Ofori Boafo, NPP MP for Akropong, who raised the issue on the floor of Parliament, said there was the need for the Minister of Defence to brief the House on the creation of the unit and “To allay the fears of Ghanaians. Because the utterances and signals being sent across is alarming and not encouraging for our democracy”.

“Ghana's armed forces have gained global recognition and is held in high esteem in the peacekeeping spheres, so it is essential to disabuse the minds of outsiders about the perception that our military is being used to unleash mayhem on the citizenry”.

“We need to know what this unit has been created for,” the Minority ranking member on Defence said.

But Majority Leader Cletus Avoka disagreed with Mr Boafo stating that the issue was a sensitive security issue that should not be discussed publicly in the interest of the country.

“This issue is very sensitive and the interest of Ghana should not be sacrificed. No country discusses its security matters openly and we should not undermine the security of this nation,” he said and suggested that such inquisitions should be deliberated at committee levels where the public was not privy to.

However, Osei Kyei Mensa Bonsu, Minority Leader, supported arguments from his side of the House, urging the need for the Defence Minister to speak to the issue “So that Ghanaians would be assured that the country was on the right path”.

He noted that the comments made by government officials were made in public and would also not be out of order for the Sector Minister to brief the House on the workings of the special unit.

“Many Ghanaians are apprehensive of this development, and they are interested and want to feel assured about this special unit”.

Second Deputy Speaker, Professor Mike Ocquaye asked the leaders of both sides of the House to look into the issue and agree on how to address the matter.