I will re-introduce the 'operation feed yourself' policy - Dr. Edward Mahama 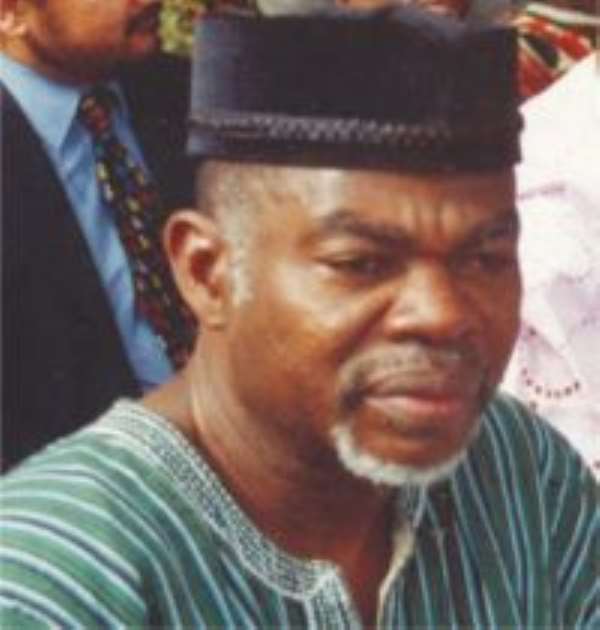 Sunyani (B/A) Feb. 3, GNA – Dr. Edward Mahama, 2008 presidential candidate of the People's National Convention (PNC) on Friday said he would as President of the republic re-introduce the “operation feed yourself” policy for national food security.

The policy was first introduced in the country by the late General Ignatius Kutu Acheampong's regime in 1972.

Dr. Mahama explained that if fully and successfully implemented the policy would help reduce the more than 600 million dollars used to import rice annually into the country.

The 2008 PNC presidential candidate was speaking on Sky Fm radio station in Sunyani where he and other big wigs had arrived for the party's national delegates' congress scheduled for this weekend.

Dr. Mahama who is vying for the party's flagbearership again explained that under the policy the PNC would put in place pragmatic measures that would entice all workers in the formal sector to engage in backyard gardening.

Since majority of the Ghanaian workforce are farmers, there is the need to make agriculture, the corner stone of the country's economy, more attractive for increased food production, he stated.

The 2008 presidential candidate emphasized that if voted into power in the December general election the PNC would also work to ensure standard prices for maize, rice and cassava to entice farmers to cultivate more.

Ghanaians will witness remarkable improvement in their living conditions if they vote for the PNC in the elections, he added.

Dr Mahama noted with concern that despite the discovery of large quantities of oil and gas, in addition to other mineral resources, majority of Ghanaians still lived in extreme poverty.

The aspiring flag bearer, a gynaecologist/obstetrician, said the National Health Insurance Scheme was “on the verge of collapse” for the lack of political will and called on Ghanaians to vote for the PNC, which played a significant role in the introduction of the scheme, to salvage it.

“The school feeding programme should also be improved to cover almost all basic schools in the country”, he stated.

On the PNC's congress, Dr. Mahama observed that the current disunity within the rank and file “will not do the party any good” and advised supporters, members and all party faithful to ensure a united front.

“The PNC does not belong to any individual and the interest of the party should override any individual's interests”, he said, and advised the delegates to vote on merit and choose a competent, loyal and dedicated candidate who could lead the party to victory.

Dr Mahama said though the PNC had made several attempts to merge with the Convention People's Party (CPP) in recent years, such efforts had not yielded any positive impact and indicated that delegates attending the congress were expected to pass a resolution on the matter.

He said he had associated himself with the PNC for more than 16 years and advised that the delegates should consider voting for a candidate like him who could contest the general election keenly with Nana Addo Danquah Akuffo-Addo of the New Patriotic Party (NPP) and President John Evans Atta Mills of the National Democratic Congress (NDC).