Weeping for the forsaken General 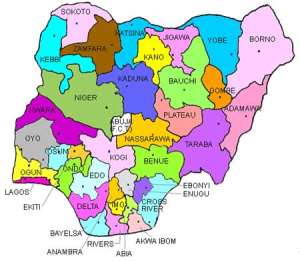 The public will see through any cosmetic or token gestures and will not tolerate a continuation of status quo. Corruption and plunder are the root causes of unemployment, insecurity, violence and unrest, General Muhammadu Buhari, while reacting to emergency situation in Nigeria.

Although I was quite confident that the Supreme Court would deliver a sound judgement contrary to a popular one in regards to the court challenge from the number one Nigerian opposition party of today, the Congress of Progressive Change (CPC), I could not hold my tears as I pondered over the speech of General Muhammadu Buhari on the verdict on Tuesday December 28, 2011.

My continued main worry for the General is that he so much believes in Nigeria and has often felt that things are not done the right way, thus his resolve at every political dispensation to fight the evil cartels that have held the nation to nothingness in terms of development, unity and peace. Each time he mounts his horse to the warfront; the same men who prepared the horse for him would desert him and dine with his enemies.

The General has been forsaken. But I can't be sure that he has really realized that the war to change this country towards the right direction is not for Godly, soft-hearted and considerably humane people. Such people much be characterized by qualities that can be the semblance of chameleon, tortoise and in the commonest quote a green serpent in green grass.

I had often refused to believe that there is gentility in the army. I grew up partly in an army barrack and as a small boy, I thought that the army is a set of people built to defend the weak. I also attended Army Day School where we were trained to be not only stubborn in the right direction but to be orderly and manly. So, one feels lost contending with how the General climbed to this enviable position in the army with a civic mind. But I also know that soldiers do never surrender.

What are the General's crimes that he can never be allowed to make a trial in REDIRECTING Nigeria? What did he do wrong while he was the Head of State? Why have all the Generals lost the espirit de corps bond in the military and the security force at large as it regards this lofty-hearted General? Summarily, why is this General fearfully feared by a dreadful cabal?

Many compatriots are undone by the daily ugly development in the country since the return of Nigeria to democratic governance in 1999. Things have continued to worsen. Each government that comes democratically proves to be incapacitated to handle the complexity of the Nigerian nation. Four success democratic government! Is 2015 going to be any different?

After a thorough scrutiny of the General's speech, few points lined themselves up for my admiration. The first is that the nation has not conducted any widely accepted general elections since 1999. Four of such jamborees have been organized. In 2003 and 2007, the elections were also challenged at the Supreme Court and the verdict was not unexpected.

Secondly, there was the misconception that a new umpire for Nigeria's elections would make a difference after Professor Maurice Iwu-led INEC announced prepaid results in favour of the ruling party. There was also the misconception that the judiciary was the last hope of the mass. At that time, the Justice Idris Kutigi-led Supreme Court after indiscriminate adjournments, declared the election valid, with three justices dissenting.

Thirdly is the significance of international observers who condemned the elections in no uncertain terms, yet their governments were quick to send congratulatory messages to the presidents from such elections. What do the observers tell their governments?

However, having been part and parcel of the 2003, 2007 and 2011 presidential elections, the General concluded that what happened in 2011 elections superseded all the other elections in the depth and scope of forgery and rigging. The hopes were chartered. Then, another INEC Professor, Attahiru Jega was bought in for the job, and after asking for and getting close on 100 billion naira for the elections including biometric data with all ten finger prints to conduct a thorough electoral exercise, he botched it.

Furthermore, the riots that broke out in parts of the country after the announcement of the 2011 Presidential result was wrongly ascribed to the General. The Justice Ahmad Lemu Panel had a different interpretation in its detailed causes of the reactions from the fallout of the election. As the General stated, the facts were that people were deeply angered and deeply provoked at the wanton conduct of the elections: the snatching and stuffing of ballot boxes, violence unleashed on opposition supporters, use of the police and elements of the army to intimidate injure and kill opposition supporters and flagrant change of results after collation such as in Niger, Bauchi and Kaduna states. Moreover, he asserted, the declaration of 86% - 90% of votes registered and cast in most part of the South-East and South-South states was highly implausible given the general turn-out of 50% - 60% in the rest of the country.

Wonderful how election can be regarded as credible where 100% of votes cast were for one candidate in many constituencies and 90% in some states! No election can be validated if 100% of those registered all cast their votes in favour of the same candidate! Was it for these reasons that INEC refused to release the biometric data? Why then did the Supreme Court turned a blind eye and deaf ear to all these irregularities that have run through all three elections since 2003?

The General warns on an emergency situation that looms in the country. To many of Nigerians, the situation is more pathetic when law and order are broken with impunity at any time, while the political leaders feel complacent with verbal promises and theoretical solutions in place of practical actions.

Steps which are known to all Nigerians and which have been proffered by many citizens were re-echoed by the General. These solutions are never new but what is new is that he advocates abolishment of security votes. Other steps to assist in good governance are:

- drastic reduction of the cost of governance in the three tiers of government
- drastic reduction of salaries and especially allowances
- security votes should not be increased as the 2012 Budget has done
- votes for the Armed Forces, Police and Security Services should be transparent and accountable
- foreign travel and estacodes should be stopped for at least six months except for the Presidency, Ministry of Foreign Affairs and medical emergencies
- government house expenses in all the states should be drastically reduced
- foreign travel for state officials should be suspended for a while
- allowances for members of the National Assembly should be reduced substantially while their foreign travels should be stopped
- savings from these sources should be channelled to education, infrastructure and agriculture with emphasis on youth employment through meaningful and practical emergency programmes.

In his words, if all hands are on deck to help save Nigeria from imminent collapse, the country would stabilize. When stability is attained, Nigerians can then come together to discuss the country's structure in a calm and unemotional atmosphere. Are these Biblical and Qur'anic recitations on a seemingly ruined land and people by its people? Hopefully not!

Muhammad Ajah is a writer, author, advocate of humanity and good governance based in Abuja. E-mail [email protected]