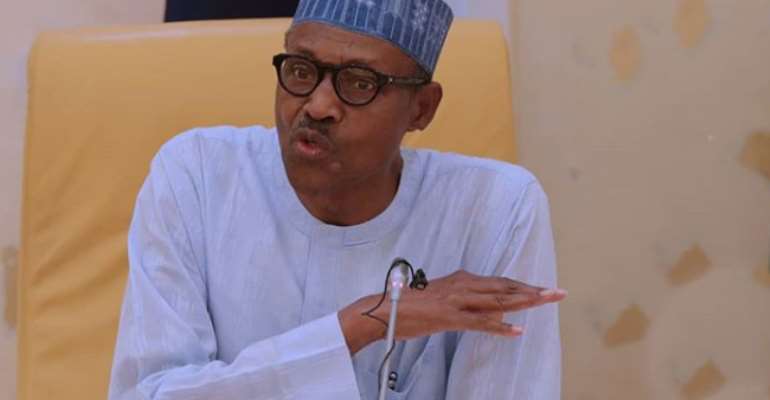 Since the return of democratic governance to Nigeria in 1999, President Muhammadu Buhari has broken the record to be the only President who has virtually provided the level ground for democracy to thrive in all ramifications. He commands an unparallel democratic leadership charisma. He has deepened democracy and through performance, he has won the love of Nigerians and the people of the world as a rare gem in democratic institutionalization.

For the first time in Nigeria, money politics is becoming obsolete. The borders are very tight against “importation” of hard currency by politicians. Thanks to the Nigeria Customs Service (NCS) for job well done! The Central Bank of Nigeria (CBN) is tightly monitored against financial sharp practices. Buhari has warned against the use of government funds for his re-election campaign. He has taken drastic actions to ensure that Nigerians are no longer swayed by money politics.

But recalled the last general elections. The Sunday edition of Punch Newspaper on April 19, 2015 reported former President Jonathan as demanding for the audit and refund of election campaign funds of N2tn. The same report exposed the PDP party officials as to have spent the money on the acquisition of car and properties. It was quite unbecoming of a party that lorded itself over a sovereignty and expected to remain on such power for 60 years. It is dangerous for such party to come back to power.

For the first time, many political parties participating freely in Nigerian general elections despite the fact that the “free money” in the name of grants to parties during the PDP era is over. Now, the democratic environment is much more conducive. Now, political parties do not even have the free money to lobby for alliance. Politicians who often used the electioneering period to show off their “illegally acquired” wealth and bamboozle the electorate have suddenly gone underground because Buhari’s democracy is curbing waste, gerrymandering and evasive politicking.

For the first time, many presidential candidates may be contesting. According to INEC release, there are 73 candidates for the February 16, 2019 Presidential polls. I have not heard of an election in Nigeria which featured such number of contestants. If it were in the past, the incumbent would have frustrated or bought over some contestants. Some of them may have been charged to court for “framed cases”. Some may have been hospitalized or even sent to the grave. Some may have been silenced in one way or the other. Only Buhari’s democracy can allow that. Only Buhari will constantly call on Nigerians to vote the best amongst the Presidential candidates. His democracy is freedom for all Nigerians to thrive and earn legitimate pursuits.

Buhari’s democracy was felt in the last party primaries. In some states, many senators and reps lost woefully. Those who won under Buhari’s shadows in 2015 but failed to represent their people very well could not even find any mercy, not from Buhari himself. For Buhari’s democracy to cover you, you must perform. I am sure that if the ministerial positions were to be elective, imagine what would have happened. For the first time, Nigerian government is busy recovery stolen national assets instead of selling them to government officials and their cronies.

Buhari is the only President of Nigeria whose democracy would allow the national assembly hold the executive arm of government hostage. The controversy over the leadership of the national assembly can only be tolerated by Buhari’s democracy. In the past, who dared the executive arm from the legislative arm and went free. Nigeria’s history is full of cases of forceful change of leaderships of the assembly with impunity and grand style. In the past, the national assembly was marred by ceaseless reports of “Ghana-must-go bribery” for every national duty it discharged. However, the difference now is in inducement or succinctly put it corruption which Buhari’s democracy does not accept and allow. Buhari is not ready to bribe anyone to do the job for which government pays. He is also not ready to bribe anyone to carry out anti-democratic actions such as forceful impeachment or removal of public officers. At the state assembly level, the case is same.

For the first time, there is revolution in the national and state assemblies. Every politician who sought election and succeeded in getting re-election ticket under any part especially the APC must have gotten it on merit. All those who rode to victory on Buhari’s shoulders but did not deliver were laid off at the party primaries or they defected to other parties. For the first time in Nigeria, there is stability in the Ministries. All the minsters have been given ample opportunities to prove their worth in the ministries. In the past, ministers were changed or redeployed like the way women do for fashion. Despite pressures from the opposition and even APC party stalwarts, Buhari’s democracy is for freedom and opportunities for the delivery of democratic dividends. And most of the ministers have delivered.

First the time, the appointments by previous government would be allowed to stay throughout the first tenure of a successive government. Most of the appointments made by the PDP have remained unchanged throughout the Buhari government. That has never happened in the history of Nigeria. For the first time, we have a president whose wife is not too influential on him or even the president of Nigeria in disguise. Have we forgotten the powers of Stella Obasanjo, Turai Umaru Musa Yar’Adua and Dame Patience Goodluck Ebele Jonathan? I do not need to go into details. Any person who was in Nigeria or had interest in Nigerian politics from 1999 to 2015 should know the weakness in governance when a leader cannot differentiate between governance and private business/family life. And for the first time, we are having a President who believes in “first-for-Nigerians”.