THE BAKING SODA-COCAINE SAGA: WAS THE NDC GOVERNMENT ATTEMPTING A COVER UP? 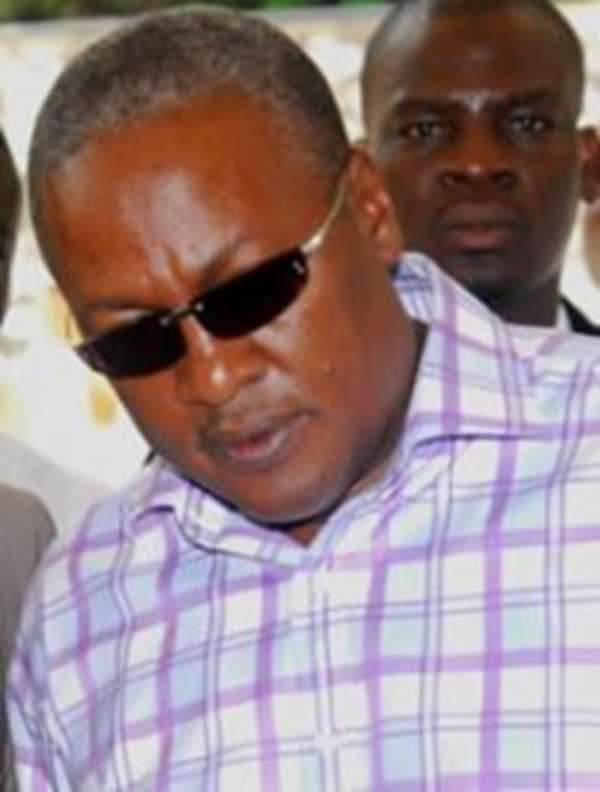 The Alfred Woyome-NDC staged fleecing of ¢520billion of poor Ghana's monies really came as a blessing to the greedy bastards, who day in day out, by their actions, are really telling us in the face, that they don't really give a hoot about us. It has offered a wonderful distraction from the many other rotten engagements the NDC is involved in. I am referring to the cocaine which miraculously turned into baking soda, under the NDC's watch. If jihadist Baba Jamal's careless, reckless and senseless utterances are anything to go by, is it alright to attribute this miracle to one of the doings of President Professor “I am not dead” Mills?

Shocking revelations about the “cocaine-baking soda” case were made by the Editor-in-Chief of the New Crusading Guide, Kwaku Baako Jnr. According to the seasoned journalist whose information is always factually unquestionable, though the media started reporting on the matter from December 14, 2011, the discovery that the cocaine at the center of the controversy had turned into baking soda was made way back on November 22nd, 2011.

Making his submission on Joy FM's current affairs programme, Newsfile, Kwaku Baaku wondered why so much surprise was expressed by the powers that be, when the news broke out, when in actual fact, there was the likelihood that they already knew about the matter. Read him: “There was something that intrigued me and I need answers. See, if you read this same police statement, it appears that the disclosure or revelation that this thing had turned from cocaine into baking soda was 22nd November, 2011. When did Daily Graphic and Daily Guide and the rest report this matter? What was happening in between that period in terms of the authorities? …….. You see all the weight we are giving to it now? Vice-presidential intervention, chief justice's intervention, BNI intervention… I am saying, the police, did they report this to the Ministry of Interior? The state attorney, did they report this to the Attorney-General's department? Was government aware that such an incident had occurred? …… I am saying at the surprise that was expressed by some of these authorities on December 14, 2011. I thought, was an overblown one”.

I gather from the transcription above that the powers that be, and in this case the NDC government led by PR gymnast John Mahama, was fully aware of the “mutation” of the cocaine into baking soda, but was too afraid of public reaction to the scandal and so tried to keep it under wraps.

For a political party that had rode to power accusing then ruling NPP of being drug peddlers, this was definitely not good. Coming at the heels of the Woyome ¢520billion, the $20million NDC Party mansion, the NPA “chobo” of ¢680 trillion, and President Mills' all-expense-paid winter trip to the U.S.A, it is understandable that the Vice-President would want to use all his PR skills to salvage the damaged image of his visionless and clueless political party.

Having worked in the public service for quite some time, and knowing very well how the system works, I can state with a lot of accuracy that information of the cocaine turning into baking soda, got to the attention of the Vice-President, latest by the close of day, November 22, 2011 (the day the discovery was made). As soon as the discovery was made, the judge would report the matter to his superior Officer, who will quickly make a report to the Chief Justice; the state attorney would also make a report on the matter to his superior officer who will then make a report to the Attorney general and Minister of Justice, Hon. Martin Hamidu. Significant though, is the fact that the police officer(s) involved in the case would immediately make a report to the IGP, who will in turn make a report to the Minister of interior Hon. Benjamin Kunbuor, who will then make a report to the acting Chief Executive of the Country and Chairman of the Police Council, H. E. John Mahama; and it is the instruction that is given from this office, that all other parties will follow. Going by what happened after the Vice-President had been informed of the cocaine mutation, and knowing how far the man will go as far as PR is concerned, to be a Mr. Goody goody, it is safe to conclude that the Vice president pushed hard for this stinking matter to be kept under wraps, hoping that it will go away.

The abuse of hard drugs is a menace to societies all over the world and the ability to curb its damage is dependent on the political power which will not play ball with drug dealers, or politicize drug-related issues to score political points.

We should be careful about these corrupt cocaine contractors who crowd in corners with cases of Cedis and kilos of cocaine, craving to cause confusion and destruction among our innocent youth. Politicking, and PR gimmicking of cocaine matters, by those who should know better, should no more be coped with, in this country.

KICK THE NDC OUT IN 2012! THEY ARE WOTHLESS, HOPELESS, USELESS, VISIONLESS, AND CLEULESS. THEIR LEADER JUST RETURNED FROM YANKEE AFTER GOING TO REST HIS LAZY BONES IN THE SNOW. HE IS CALLED PROFESSOR DOLITTLE; AND HE DID NOTHING IN HIS ACTION YEAR.