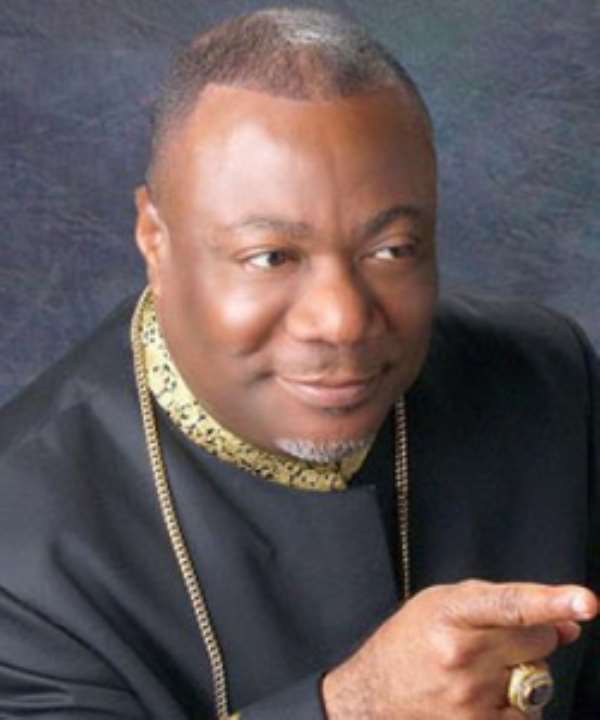 Mr. Dadzie, speaking on behalf of Archbishop Duncan-Williams, told Joy FM that 'the Independence Square is a national monument. Several activities take place there. Any member of the public can apply to use the place. It is not anyone's bonafide property.'

Though the venue had originally been booked by the ICGC for Pastor Mensah Otabil's Crossover watch-night service, scheduled for 31 st December, ACI managed to take over the venue and started running adverts that it would use the place for a 'Passover' watch-night service on the same date Otabil was to have used the place.

After NEWS-ONE broke the story and described the development as a seeming sabotage from Duncan-Williams' church, the leadership of the church issued a press statement personally signed by Archbishop Duncan-Williams, in which he did not hide his anger with the media for putting out the story.

Duncan-Williams, in explaining why his church would no longer hold its 31st December Passover Service at the Independence Square in Accra, said, 'Amongst some of the regrettable comments that have been made is an impression that has been created that it would be better for another church to use the Independence Square for a car park on the night of 31st December, than for ACI to use it for its watch-night service.'

He added,  'In view of these misrepresentations and in order to ensure peace and harmony in the body of Christ and amongst Christian brethren, the Archbishop of ACI has decided that the Church should relocate its 31st December 2011 Passover Service from the Independence Square. The ACI notes that relocating from the Square will cause potential inconvenience to its members and the general public who planned to attend that service. The ACI wishes to apologize to its members and the general public for any inconvenience this relocation may cause.'

NEWS-ONE broke the story last week that  though Pastor Otabil had booked for the Independence Square and paid for the venue some five months ago, the government had taken over the venue and given it to Duncan-Williams, who was also happy about it and busily advertising to use the place for his church's end-of-year watch-night service.

Apart from Duncan-Williams taking over the venue Pastor Otabil had been using for close to a decade now, he also named his 31 st December service 'Passover', quite similar to Otabil's annual 'Crossover' service.

Due to the growing number of the congregation, ICGC decided to book both the Accra Sports Stadium and the Independence Square for the 2011 service, just as it did last year.

But after paying for the venues some five months ago, and running commercials advertising the service for both venues, Pastor Otabil had announced to his congregation that National Security had informed him that the Government of Ghana would be using the Independence Square for a 'national event' on December 31 and therefore the church would have to hold the service at the stadium.

ICGC therefore withdrew its commercials that were advertising both venues and replaced them with new ones that the service would be held only at the stadium.

The so-called 'national event' turned out to be the watch-night service of Archbishop Duncan-Williams.