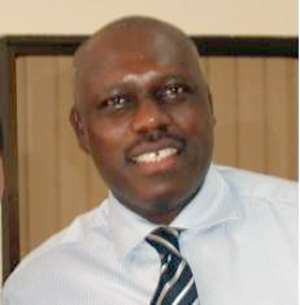 DAILY GUIDE investigations have revealed that the sovereign guarantee signed by Finance Minister Dr. Kwabena Duffuor on April 27, 2011, has already been going round several countries in search of cash to start the project.

The countries the money is being sought from include the United Kingdom and Switzerland, the USA and Mexico. It has lately been sighted in Nigeria where it has been moving from one bank to the other in search of a new lease of life.

Copies of documents to that effect have allegedly been distributed by B.K. Asamoah, the embattled Chief Executive of STX, who is knocking on doors of banks in search of cash.

The Sovereign Guarantee, with reference number DMD/MWRWH/STX E&C/SG/2011, was issued by the Ministry of Finance and Economic Planning and has Instrument Number MOFEP-SG/ MWRWH-STX/2011/001.

The account number is 0641141895, with BARCGHAC as the swift code and Benjamin Dabrah, Managing Director of Barclays Bank Ghana Limited, Barclays House High Street Box 2949, Accra, as the bank officer.

It further said, 'This sovereign guarantee shall be irrevocable, divisible, assignable and transferable with notification to the issuer and is an unconditional undertaking to pay to the order of the beneficiary, any amount lawfully due in line with credit agreement and any amendment thereof.'

It said all amounts due and payable by the borrower in respect of the credit agreement would be serviced through the government of Ghana Loan Principal Repayment Account.

It concluded, 'This is an operative instrument and does not require further confirmation, valid upon issuance until all payments obligation under the credit agreement are honoured by the borrower or upon the expiration whichever comes first. This sovereign guarantee expires on June 13, 2031.'

STX deal has been saddled with one crisis upon another.

The NDC majority caucus in parliament yesterday met with the Koreans and their estranged partner, B.K. Asamoah, at the Ministry of Water Resources, Works and Housing to broker peace.

DAILY GUIDE learnt that nothing could come out of the meeting as the two sides appeared to have irreconcilable differences.

A leading member of the NDC and Member of Parliament for Adenta, Kojo Adu Asare, has already asked the Mills administration to abrogate the STX Housing deal to avoid further embarrassment ahead of the 2012 general elections.

Mr. Asare believes enough is enough. He said six months after the president cut the sod for the commencement of the project at the Police Training School at Tesano, nothing had been done to bring it into fruition.

He said the situation 'is enough embarrassment to the President and to all of us as a party'.

Even though government has already signed an agreement with the Koreans for the construction of 30,000 housing units for the security agencies at the cost of $1.5billion, as the first phase of the project, the Koreans have since been crying foul over the government's decision to hand over the sovereign guarantee to Mr. Asamoah.

STX Korea is supposed to lead the funding drive in Korea as contained in the agreement but it claimed it was bypassed. 'We (Koreans) got to read about the sovereign guarantee in the newspapers. We have the suspicion that they want to make us irrelevant in the whole deal,' an STX Korea source complained to DAILY GUIDE recently.

Apart from alleging that their Ghanaian counterparts were working to make them irrelevant in the deal, the Koreans had given indications that there could be possible leads to corruption in the way the procurement was being done.

DAILY GUIDE investigations revealed that the Koreans raised serious objections to Mr. Asamoah's alleged decision to procure building materials from Western Forms in the United States which they claimed could last for 30 years, when under the agreement the project's lifespan was only five years.

Additionally, the consulting architectural concept design allegedly being prepared by a Professor at the Kwame Nkrumah University of Science and Technology (KNUST) will cost the company about $21million when the Koreans insist they could do it for only $5million.

According to them, whenever the issue of cost was raised, the employer (Government of Ghana) did not find any fault with it. There has also not been any indication or proof of funding for the project.

One striking notice about the whole deal is that President Mills cut a sod for the commencement of the project on January 27, 2011, four clear months before the Sovereign Guarantee was even issued to B. K. Asamoah to shop for funding.

Minority Leader Osei Kyei-Mensah Bonsu has already served notice to the government to bring back the whole deal to Parliament for further scrutiny.