Stop Comparing Yourself with Steve Jobs 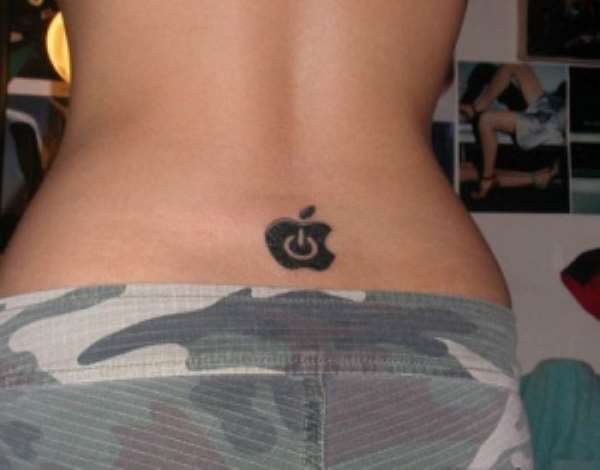 Comparing yourself with Steve Jobs is not healthy. Never mind that it's probably the pastime of every alpha male and female businessperson on the planet these days.

Drawing inspiration from Steve Jobs — or from anyone else you admire — studying them, and learning from them, now those are different matters. But all too often we conflate admiration and comparison. They're two completely different things. One is smart, the other debilitating.

Comparison sounds like this: “Why aren't I that creative?” “How come I don't have the negotiating cojones he does?” “How come I can't manage my people to that level of excellence?” “Why can't I run two companies at once like he does?” “Why didn't I have the guts to drop out of college and do what I really wanted to do?” “How come I haven't had a comeback?” And it's no surprise what comes next: “What a loser I am. I'll never be like him. I'll never be able to do anything that big. If I were sitting across the office from him he'd make mincemeat of me. I just don't have what he has.”

The loop is repeated every hour or every time you read something about your icon, whichever comes first.

And this is healthy how?
Such comparisons spiral you into depression. They demotivate you, demoralize you, and generally suck every last bit of enthusiasm and aliveness out of you, so that you go into your next meeting or activity unable to contribute an ounce of energy to the room. How could you? You just annihilated your spirit.

Don't touch hot stoves, don't forget to call your mother on Mother's Day, and don't compare yourself with others. Wire this into your brain. Ruthlessly comparing yourself with others has become confused with some kind of tough-love work ethic. It isn't the same thing. And it isn't the least bit productive. It leaves you with nothing but personal unhappiness, and you can't create very much of anything with that.

Because we confuse destructive comparisons with a strong work ethic, we make a habit of them, and mental habits get hardwired into our brains.

Break the cycle. Do an intervention on yourself. Begin the process of permanently rewiring your brain by consciously recognizing that this thing you thought was good, or responsible, is in fact the opposite.

There's a saying, “You can't afford the luxury of a negative thought.” It's true. And comparing yourself with others is the equivalent of smothering yourself in negative thought. The feelings of self-loathing that follow are ultimately self-centered and self-indulgent in the most negative possible way. Yes, it's a form of self-pity.

And if all that isn't enough, consider this: The last way you will ever get to play in a game remotely like the one your icons play in is by comparing yourself with them.

When I was in my 20s I moved to Los Angeles to try and get a record deal as a singer and songwriter. I compared myself with Bob Dylan and Joni Mitchell constantly. Using that approach, I never produced a remotely memorable song. And then I started observing pop/rock songwriter John Cougar. He was derided by the critics for being derivative of, but never nearly as insightful or affecting as, the greats. In a brilliant stroke of authenticity, he dropped the name I assume record producers had forced on him and began using his real name — John Mellencamp. As he embraced his own inadequacies, he began to write about things that were actually real and personal to him, instead of trying to channel Bob Seger, and suddenly he was producing critically acclaimed music. He went on to found Farm Aid and in 2008 was inducted into the Rock and Roll Hall of Fame.

Using Mellencamp as my model — which meant being true to me and not someone else — I began writing much better, much more authentic material, and even had a song recorded by Edgar Winter.

I heard an interview on NPR the other day with Justin Townes Earle, a great and now successful songwriter in his own right, and son of Mellencamp's contemporary, the great rural songwriter Steve Earle. Justin bears his dad's last name, and his middle name was given to him in honor of the legendary songwriter Townes Van Zandt. He was asked if this was a burden, to be compared with these guys. His response was brilliant:

“I know both of 'em. They ain't legends to me. They're just regular guys. I've seen them throw up on themselves… I knew early on that anyone that decided they were going to be in competition with Steve Earle and Townsend Van Zandt as a songwriter is gonna live a fool's life. You just gotta try and write for yourself and not worry about what other people think. I think that that's what screws a lotta people up. You're not Dylan…you're who you are and you gotta learn who you are in order to write decent songs.”

And this credo has made him a success.
Steve Earle or Steve Jobs — if you're comparing yourself with them you're betraying yourself and your life and all of the possibility that lies within it.