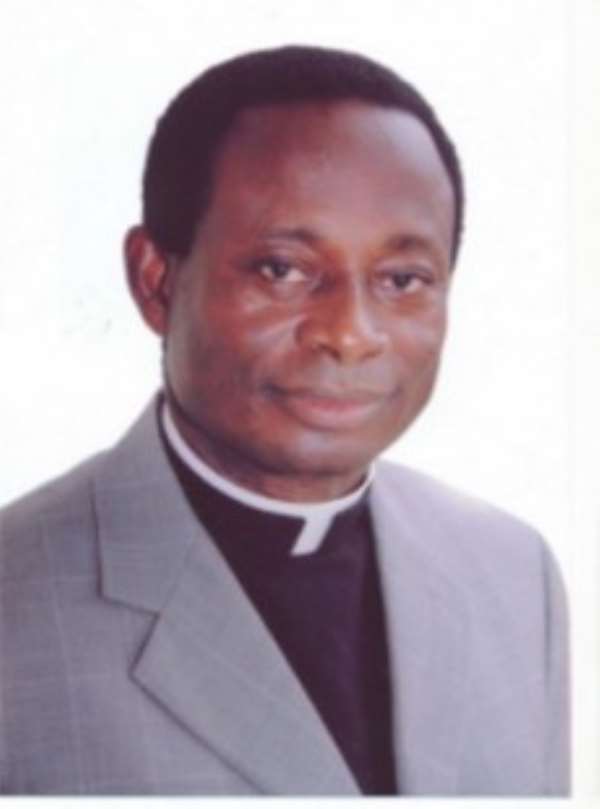 
The Church of Pentecost (COP) says female members of the church are no longer under any obligation to wear a head covering.

The church also accepts the wearing of dreadlocks - at least for first timers - and trousers for female members but insists the showing of "cleavage" and the wearing of seductive outfits cannot be encouraged.

In a communiqué issued in Accra and signed by the Chairman of the Church of Pentecost, Apostle Dr Opoku Onyinah, and copied to all branches of the church nationwide, the wearing of scarves, for example, has no clear biblical foundation.

The unprecedented move in the history of the church is hinged on the "culturally divergent nature of the Church and its mandate to disciple people of all nations and cultures."

We, members of the College of Apostles, Prophets and Evangelists of The Church of Pentecost, after deep reflections in the above-stated meeting, on trends in the contemporary Church globally, and in The Church of Pentecost, in particular, have collectively agreed on the following decisions to retain the Church's growing youth and adult membership as well as open the Church's doors to people of different socio-economic and cultural backgrounds to have unhindered access to the total gospel in its churches worldwide:

a. that, the issue of head covering, which has been the source of embarrassment to female visitors to the Church over the years, has no categorical biblical foundation as a requirement for salvation and should, as such, not be imposed on church members or visitors to the Church's worship services;

b. that, having fully examined the women head covering passage of 1 Corinthians 11:2-16, it has become obvious that what Paul wanted to put across is not clear;

c. that, a critical examination of the historical records, such as circulars of successive Chairmen of the Church from 1953 to 2007 revealed that the forefathers of the Church, particularly the Founder, Rev. James McKeown, did not discourage or encourage the covering of the head by women; but that he had rather admonished the Church through a circular letter of August 7, 1967, that the leaders should not meddle in the private affairs of church members by prescribing dress codes for them. He had taught that church members dress decently and modestly;

d. that, the practice of head covering might have crept into the Church's practices from the fact that it was traditionally required of women in Ghana to cover their head before speaking to their kings and this might have led foundational women of the Church to insist on appearing before the Lord, the King of kings, with their head covered;

e. that, it had been observed from a study of the socio-cultural situation in the country, that even though women in the country were traditionally expected to cover their head when they came of age, that practice is no longer tenable in the country.

The College of Apostles, Prophets and Evangelists, realising that many denominations in Ghana are also confronted with the same theological dilemma posed by the issue of head covering by women, therefore, directs:

a. that, the entire membership of the Church consider the issue of the covering of head by women in the spirit of Christian maturity so as not to offend anybody with regard to this controversial matter, which appears to have defied theological and hermeneutical agreement;

b. that, female visitors who attend church services without a head covering should be accepted as they are, without being either turned back or offered a head covering, since head covering does not subtract from a person's salvation;

c. that, females in the Church who may or may not want to cover their head during church services should not be seen as sinners or being less spiritual;

d. that, women should fashion their hairstyles in a decent, modest and appropriate manner to the glory of God;

e. that, church members appreciate the progressive changes in the socio-cultural environment in which the gospel is preached in order to make the gospel relevant to its hearers;

f. that, the wearing of seductive or sexually-provocative dress should be discouraged in the church;

g. that, women must avoid the practice of cleavage (the partial exposure of breasts) as that does not glorify the Lord.

The College of Apostles, Prophets and Evangelists further directs that female visitors in decent trousers and Rastafarians or persons in dread locks be accepted in fellowship in the spirit of Christian love, while couples or families desiring to sit together at church be allowed to sit under the feet of Jesus to learn.

While the purpose of these directives is not to stop teaching of the genuine word of God or to correct people in righteousness, the College recognises the present culturally divergent nature of the Church and its mandate to disciple people of all nations and cultures.

The College believes that the early church, when confronted with culturally-motivated traditions, resolved the matter by appealing to Scripture and the Holy Spirit. It appreciates, also, that the Founder of the Church, Pastor James McKeown, like the apostle Paul, provided a biblical pattern for global church growth whereby teachings that are cardinal to salvation are to be kept (2 Thess. 2: 13-15), and others that were only religiously or culturally-based could be changed (Gal. 1:14).

The College hereby urges all church members to accommodate one another in love, unity and for the glory of God (1 Cor. 10:23-33), and joins Apostle Paul in stating: “Give no offence, either to the Jews, or to the Greeks or to the church of God (1 Cor. 10:32).