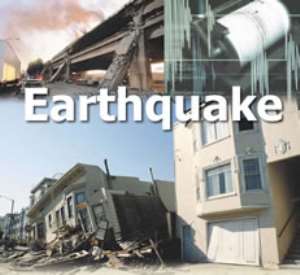 
After his prophetic pronouncement of the disasters and afflictions that might befall the nation as a result of the evils committed by politicians during the last general elections, the renowned spiritual leader of the Salawatia Mission of Ghana, Sheikh Imam Rashid Qutubu Zaanam, has again prophesied that an earthquake is imminent in the country, unless the country is spiritually cleansed to avert its devastating consequences.

He emphasised that the Mills government and people in authority must not ignored the warning from God but organise a national prayer cleansing session to divinely prevent the potential earthquake from happening in the country.

The renowned spiritual visionary in June this year called for a national spiritual cleansing in Ghana to avert calamities including road accidents, fire outbreaks, floods and the other natural disasters that might bedevil the nation following visits to the underworld and voodoo incantations that characterised the country's politics during the last elections to the extent of killing and burying albinos and human beings alive for political fame and powers.

Following the Salawatia Spiritual Leader's prophetic warnings to cleanse the country or face the consequences, the country experienced disasters from fire outbreaks to floods that killed many and destroyed several properties worth billions of Ghana cedis.

According to reports, this year's floods are unprecedented in the history of the country and the pattern of rain has changed.

Qutubu Imam Rashid Zaanam in a press release noted that the country will continue to face economic difficulties to natural disasters unless the government and people in authority start listening and responding to such divine prophesies.

"People ignore my warnings and yet when these prophesies come to pass, they will now call you and start looking for remedies," he stated.

In an interview with TV3 recently, the Salawatia Spiritual leader prophesied a plane crash, the following week a French airliner crashed into the Indian Ocean.

He noted that, as a religious leader he has never relented on his efforts to pray and fast for the nation and the world, especially when he receives visions of disasters and chaos.

The Salawatia Supreme Leader argued that the government alone cannot govern the nation but needs the advice, guidance, interventions and prayers from religious leaders and bodies in the country.

"The politicians alone cannot build a nation, they need us," the release stated.

He stated categorically that the Mills government is adamant over his spiritual visions and prophesies on the afflictions that might befall the nation, saying though there are solutions to such warnings; the government seems unconcerned about the consequences of such disasters.

"I think it is high time they started responding to me and my other colleague spiritualists in the country for good and prosperity of Ghana. But if they are still adamant we will continue to give these warnings and do our part according to the will of Allah," he hinted.

Qutubu Imam Rashid noted that there are some prophesies that do not need to be made public due the gravity of those visions and there are some that need a holistic approach by all and sundry, thus the spiritual cleansing of the nation to avert more disasters and calamities that might bedevil the nation.

Sheikh Imam Rashid called on the religious leaders and bodies not to show weakness in their preaching but continue to pray and fast for the peace and prosperity of the nation.