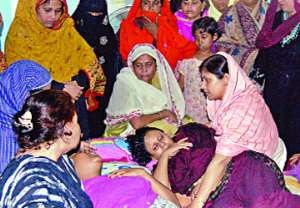 He was a a presidium member of Bangladesh Jubo League (BJL) and former director of Khulna Chamber of Commerce and Industry (KCCI), was a trader and sports organizer.

Unidentified criminals opened fire from a a close distance on the back of Shahid at about 12:15 am on Sunday while he was on his way to his rented residence on a motorcycle driven by Mintu Shikdar,local people said

Injured Shahid was immediately taken to a local clinic and then shifted to Khulna Medical College Hospital (KMCH) at around 12:40 am by a police vehicle.

In Khulna Medical College Hospital (KMCH) the doctors declared him dead at around 3:30 am, source said

As the news spread in the city a large number of people start protesting and declared a nine-day mourning programme from Sunday to July 20.