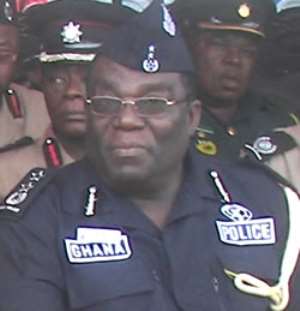 Accra, May 15, GNA - President John Evans Atta Mills has, in consultation with the Council of State, appointed Mr Paul Tawiah Quaye as the substantive Inspector-General of Police (IGP) with immediate effect.
Mr Quaye replaces Mrs Elizabeth Mills-Robertson, the Acting Inspector–General of Police who has been appointed Ambassador Designate of Ghana, an official statement signed in Accra by Mr. Mahama Ayariga, Presidential spokesperson said.
“Mrs. Elizabeth Mills-Robertson was informed of this decision today (Friday) at a meeting with the President during which he thanked her for her long and dedicated service to the Ghana Police Service and hoped that she will continue to display her sterling qualities in her new assignment,” the statement said.
The new IGP was born on May 6, 1953. He has a Bachelor of Science Degree in Computer Science and an Executive MBA in Human Resource Management.
He was commissioned as Assistant Superintendent of Police into the Ghana Police Service in 1980 and rose to the rank of Commissioner of Police in 2002.
He was, until his appointment, the Commissioner-in Charge of Strategic Direction and Monitoring of the Ghana Police Service.
The statement said President Mills had also appointed seven people as ambassadors-designate. They are Hajia Fati Jawula, Mrs. Margaret Clarke Kwesie, Maj. Gen. Samuel Anum Odotei (Rtd), Mr. Daniel Ohene–Agyekum, Mr Modestus Ahiable, Mr Lee Ocran and Mr. Ken Kanda, ambassador designate and Director of State Protocol
GNA