Where is Africa Going Wrong? 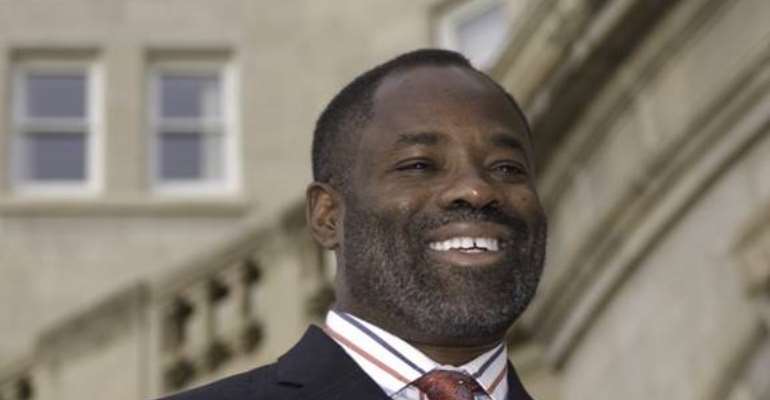 I once believed that capital was another word for money, the accumulated wealth of a country or its people. Surely, I thought, wealth is determined by the money or property in one's possession. Then I saw a Deutsche Bank advertisement in the Wall Street Journal that proclaimed: “Ideas are capital. The rest is just money.”

I was struck by the simplicity of such an eloquent and forceful idea. I started imagining what such power meant for Africa. The potential for progress and poverty alleviation in Africa relies on capital generated from the power within our minds, not from our ability to pick minerals from the ground or seek debt relief and foreign assistance.

If ideas are capital, why is Africa investing more on things than on information, and more on the military than on education? Suddenly, I realized what this idea could mean for Africa. If the pen is mightier than the sword, why does a general earn more than the work of a hundred writers combined? If ideas are indeed capital, then Africa should stem its brain drain and promote the African Renaissance, which will lead to the rebirth of the continent. After all, a renaissance is a rebirth of ideas. And knowledge and ideas are the engines that drive economic growth.

When African men and women of ideas, who will give birth to new ideas, have fled to Europe and the United States, then the so-called African Renaissance cannot occur in Africa. It can only occur in Paris, London and New York. There are more Soukous musicians in Paris, than in Kinshasha; more African professional soccer players in Europe, than in Africa. African literature is more at home abroad than it is in Africa. In other words, Africans in Europe are alleviating poverty in Europe, not in Africa. Until the men and women of ideas — the true healers of Africa — start returning home, the African Renaissance and poverty alleviation will remain empty slogans. After all, the brightest ideas are generated and harnessed by men of ideas.

The first annual report by J.P. Morgan Chase, a firm with assets of 1.3 trillion dollars, reads: “The power of intellectual capital is the ability to breed ideas that ignite value.” This quote is a clarion call to African leaders to shift purposefully and deliberately from a focus on things to a focus on information; from exporting natural resources to exporting knowledge and ideas; and from being a consumer of technology to becoming a producer of technology.

For Africa, poverty will be reduced when intellectual capital is increased and leveraged to export knowledge and ideas. Africa's primary strategy for poverty alleviation is to gain debt relief, foreign assistance, and investments from western nations. Poverty alleviation means looking beyond 100 percent literacy and aiming for 100 percent numeracy, the prerequisite for increasing our technological intellectual capital. Yet, in this age of information and globalization when poverty alleviation should result in producing valuable products for the global market and competing with Asia, the United States, and Europe — shamefully, diamonds found in Africa are polished in Europe and re-sold to Africans.

The intellectual capital needed to produce products and services will lead to the path of poverty alleviation. Intellectual capital, defined as the collective knowledge of the people, increases productivity. The latter — by driving economic growth — alleviates poverty, always and everywhere, even in Africa. Productivity is the engine that drives global economic growth.

We will need wisdom, that which turns too much information — or information overload — into focused power, not only to process, but also to evaluate the overwhelming amount of information available on the Internet. This wisdom will give us the competitive edge and enable us to find creative solutions.

The following story illustrates the difference between information and wisdom. Twelve hundred years ago, in the city of Baghdad, lived a genius named Al-Khwarizmi, who was one of the fathers of algebra. In fact, the word algebra comes from the title of his book Al-jabr, which for centuries was the standard mathematics textbook. Al-Khwarizmi taught in an institution of learning called the House of Wisdom, which was the center of new ideas during Islam's golden age of science. To this day we computer scientists honor Al-Khwarizmi when we use the word algorithm, which is our attempt to pronounce his name.

One day, Al-Khwarizmi was riding a camel laden down with algebraic manuscripts to the holy city of Mecca. He saw three young men crying at an oasis.

“My children, why are you crying?” he enquired.

“Our father, upon his death, instructed us to divide his 17 camels as follows:

“What, then, is your problem?” Al-Khwarizmi asked.

“We have been to school and learned that 17 is a prime number that is, divisible only by one and itself and cannot be divided by two or three or nine. Since we love our camels, we cannot divide them exactly,” they answered.

Al-Khwarizmi thought for a while and asked, “Will it help if I offer my camel and make the total 18?”

“You are on your way to Mecca, and you need your camel.”

“Go ahead, have my camel, and divide the 18 camels amongst yourselves,” he said, smiling.

So the eldest took one-half of 18 — or nine camels. The second took one-third of 18 — or six camels. The youngest took one-ninth of 18 — or two camels. After the division, one camel was left: Al-Khwarizmi's camel, as the total number of camels divided among the sons (nine plus six plus two) equaled 17.

Then Al-Khwarizmi asked, “Now, can I have my camel back?”

These young men had information about prime numbers, but they lacked the wisdom to use the information effectively. It is the manipulation of information to accomplish seemingly impossible purposes that defines true wisdom.

Today, we have ten billion pages of information posted on the Internet — more than enough to keep us busy the rest of our lives, and new information is being added daily. More information has been created in the last 100 years than in all of the previous 100,000 years combined. We need the wisdom to sift through and convert these billions of pages into information riches.

The genius of Al-Khwarizmi was not in his mathematical wizardry or even his book knowledge: It was in his experiential knowledge — his big-picture, right-brain thinking; creativity; innovation; and wisdom. It was his wisdom to add a camel to make the total 18 and still get his camel back.

Prime numbers are to whole numbers what the laws of physics are to physics. Twenty years ago, I used an Al-Khwarizmi approach to solve a notoriously difficult problem in physics. I added inertial force, which enabled me to reformulate Newton's Second Law of Motion first as 18 equations and algorithms, and then as 24 million algebraic equations. Finally, I programmed 65,000 “electronic brains” called processors to work as one to solve those 24 million equations at a speed of 3.1 billion calculations per second.

Like Al-Khwarizmi, I derived my 18 equations through out-of-the-box thinking in an in-the-box world, adding my metaphorical camel: inertial force. In other words, I applied wisdom to known knowledge to generate intellectual capital.

Unless Africa significantly increases its intellectual capital, the continent will remain irrelevant in the 21st century and even beyond. Africa needs innovators, producers of knowledge, and wise men and women who can discover, propose, and then implement progressive ideas. Africa's fate lies in the hands of Africans and the solution to poverty must come from its people. The future that lies ahead of Africa is for Africa to create, after the people have outlined their vision. We owe it to our children to build a firm foundation to enable them go places we only dreamt. For Africa to take center stage in today's economic world, we have to go out and compete on a global basis. There is simply no other way to succeed.

For the video recording of the above speech, visit emeagwali.com.