I’m The One ·For NPP 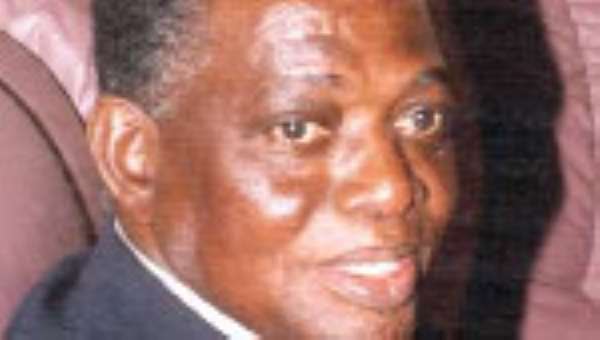 Some New Patriotic Party (NPP) Members of Parliament (MPs) have declared that with the official entry of Mr. Felix Kwasi Owusu-Adjapong, former Majority Leader and Minister for Parliamentary Affairs, into the ongoing flabearership race of the ruling party, the long search for a successor to President John Agyekum Kufuor is over.

The declaration was made in Accra yesterday hours after the former minister had filed his nomination at the party headquarters as the 15th competitor in the race.

For several months, the ruling party had been 'combing around' for the nation's next president, and even though 19 party members had picked nomination forms, the MPs contended they had now found the man they were all along looking for, saying, “the search is over; the man is here”.

Earlier at the Asylum Down headquarters of the party, the aspirant revealed that he had to delay in submitting his forms largely because more party people were willing to endorse the forms for him than was needed and was faced with the problem of how to pick the required number.

“The difficulty but refreshing and interesting challenge Felix Kwasi Owusu-Adjapong faced after collecting the nomination forms was how to persuade party members to allow others to sign for me.

Even though I needed 10 persons from each of the 10 regions to sign for me, I had, in some cases, four times the number who were willing to sign for me.

The fact of the matter was that everybody wanted to be part of the making of history,” he told the general secretary, Nana Ohene Ntow.

He submitted to the general secretary, original copies of his founding membership certificates not only of the NPP, but also of the Popular Front Party, the party as it was called during the Third Republic.

He said the day of his filing was significant to him because November 1 is All Saints Day, be they catholic or traditional.

Nana Ntow, in a reaction, congratulated the aspirant for his punctuality in arriving as indicated in the programme, a comment many see as some of the many positives of his organization and communication teams.

Later at a press conference, the former Majority Leader said the time had come for the country to move a step further by talking specifics rather than general policies.

Describing himself as the unifier, Hon. Owusu-Adjapong reiterated that the environments and conditions of 1992, 1996, 1998, and 2004 when the party had to go to congress to elect a leader were different from that of 2007.

“The 'Unifier', Felix Kwasi Owusu-Adjapong, has done it before when fissure crisis within our party became imminent in 1998. I have the proven track record and as the leader of the party, I will not be found wanting to do same in future when the need arises,” he said.

To a question on whether some aspirants were unduly being supported by President Kufuor, the Akim Swedru MP noted that for as long as the President had openly denied the allegations, he would assume that the 'Gentle Giant' was being candid with the aspirants, party and the nation, stressing there was no need doubting him when there was no proof to the contrary.

“I will not carry a portmanteau full of solutions in search of problems. Remember that if it is not broken, you need not fix it,” he concluded, stressing that the opinion polls in the media and monetary incentives being lavished on potential delegates would not affect the final decision at the congress.

He was supported by his wife, Mrs. Adelaide Owusu-Adjapong, and daughters, Nana and Akos.