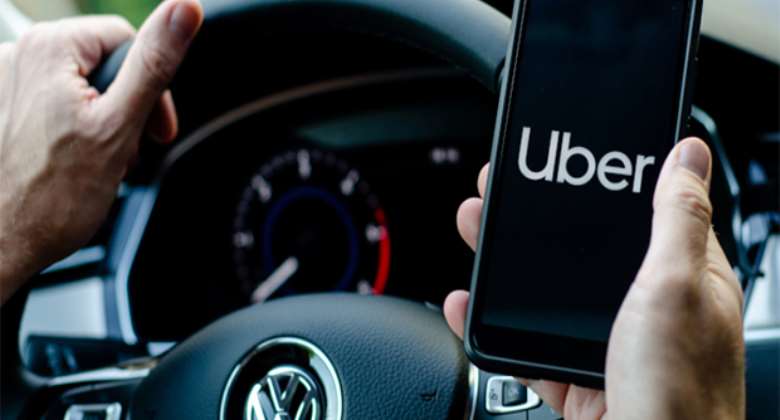 Thank God the Police have finally arrested an Uber driver who claimed to be a doctor after his cock-and-bull story caused embarrassment to the Police Administration and triggered fear and panic among Ghanaians.

Of course the thought about the possibility of police officers planting narcotic substances in one's car after stopping the motorist is a scary one.

As we pointed out in an earlier commentary following the posting on social media, the fabrication of the Uber driver, we do not intend to claim that such occurrences have no precedence in the Police. This particular one lacked integrity as evident from the quality of the narration and the fact that the two police stations and military alluded to in the narration had no information about the alleged occurrence.

Such a cheap and hollow narration whose objective can only be told by the Uber driver himself unfortunately, had some gullible persons trying to justify it not so for many persons anyway.

During the tenure of one-time Mr Opong Boanuh as IGP, the police chief had cause to warn cops against planting weeds on persons so they could turn round and arrest them. There is precedence about some bad cops committing such criminalities as pointed out earlier.

We are constrained to find out why a man would simply fabricate such a mendacious and tendentious story and post same on social media.

Didn't Patrick appreciate the national security implications of his action? What did he seek to achieve under the circumstances?

It is the ilk of the Uber driver who muddy the political waters of the country with bizarre stories often intended to run down personalities who have worked for many years to earn their unenviable reputations.

We are excited about the lessons inherent in this happy ending to a story which could have cost law enforcement in this country a further image damage.

We should be guided by the fact that some people are simply driven by evil intentions to post what they do on social media not bothering about the implications of such actions.

Those who relish such dangerous pastimes should learn that it is not difficult to smoke them out for the law to take its course thanks to technology.

Infamy and not fame is what would visit those who embark on such machinations.

While we salute the Police for the swiftness of action in the case under review, we would be quick to demand that the outcome of the case be communicated to the populace so that other equally evil-minded persons would not consider embarking on similar projects.

Posts on social media should be scrutinised properly to isolate discrepancies and not digested hook, line and sinker. There are many with psychiatric challenges fidgeting with smart phones and they post a lot of garbage.