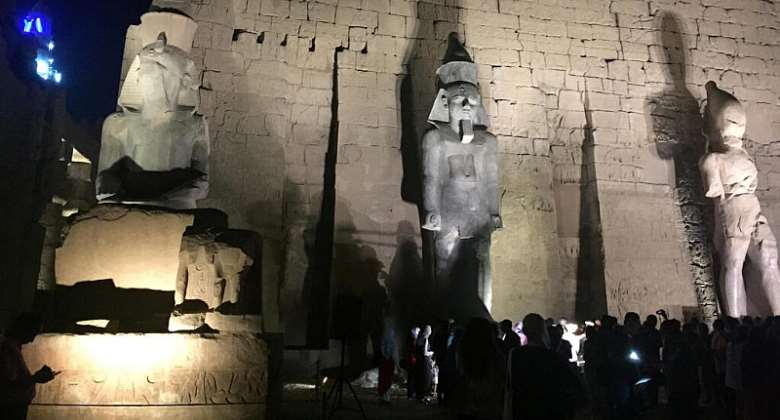 Nearly half a century after it was first shown in Paris in 1976, the sarcophagus of Pharaoh Ramses II will be back on display in France. On special loan from Egypt, it will be the highlight of a major exhibition in the French capital from April to September, organisers announced this week.

Ramses II is one of the most famous pharaohs, a great warrior and commissioned some of Egypt's most iconic temples and monuments during his nearly 70 years in power.

Ramses the Great, as he was referred to, was the ruler whose name enabled French historian and linguist Jean-François Champollion to unravel the mystery of hieroglyphs in the 19th century.

The exhibition, entitled "Ramses the Great and the Gold of the Pharaohs", has been touring 10 cities around the world since 2021.

Most of the artefacts recently travelled to Houston and San Francisco in the United States and will continue on to Sydney in Australia, but the sarcophagus will only be visible in France, at the Grande Halle de la Villette from 7 April to 6 September.

The loan of the famous cedar wood sarcophagus is an exception made for France by the Egyptian authorities.

According to Egyptologist Dominique Farout, the scientific commissioner of the exhibit, Egypt agreed to the loan in recognition of French scientists who treated Ramses II's mummy for mould the last and only time it was in France, at a blockbuster exhibition in Paris in 1976.

This time the sarcophagus will be presented empty, as a law prohibits the departure of royal mummies from Egypt.

It represents the king holding the crook and whip, the royal symbols associated with power and prosperity in Ancient Egypt. He is wearing a striped pharaohs' headdress with a braided false beard.

The sarcophagus, which was not the pharaoh's original one, features inscriptions testifying to "the transport of the mummy of Ramses to save it three times at the end of the New Kingdom, around 1070 BC, then 100 years later", Farout explains.

The tomb of Ramses in the famous Valley of the Kings burial ground in Luxor was plundered and his body installed in this sarcophagus. It was then transported to the tomb of his father, Seti I, according to the Egyptologist.

During the 21st dynasty, it was again moved to the hiding place of Deir en-Bahri, west of Luxor.

It took until 1881 to find this hiding place.

With the presentation of nearly 200 objects including jewels in gold and solid silver, statues, amulets, masks and other sarcophagi, the exhibition promises to attract considerable crowds.

An exhibition centred around the boy king Tutankhamun, organised at the same venue in 2019, attracted 1.4 million visitors.

Around 10,000 people a day were reported to have visited the 1976 exhibition that saw Ramses II's sarcophagus displayed at the Grand Palais in Paris.

‘Sidelined’ GIJ threatens to withdraw from UniMAC merger
5 minutes ago