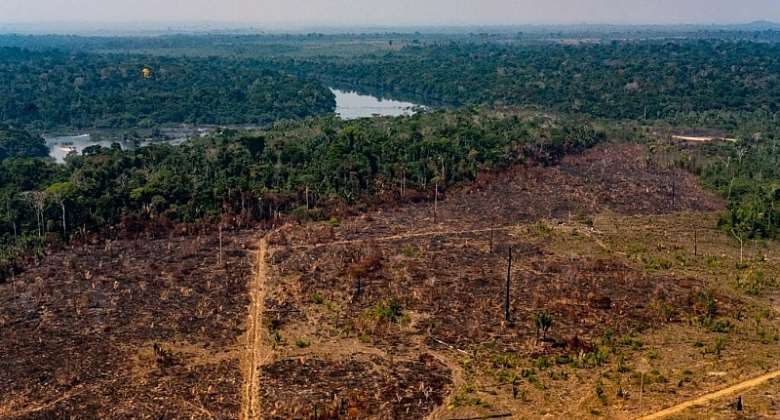 The European Union reached an agreement Tuesday to ban the import of products including coffee, cocoa and soy in cases where they are deemed to contribute to deforestation.

The draft law, which aims to ensure "deforestation-free supply chains" for the 27-nation EU, was hailed by environmental groups as "groundbreaking".

It requires companies importing into the EU to guarantee products are not produced on land that suffered deforestation after 31 December, 2020, and that they comply with all laws of the source country.

The scope encompasses palm oil, cattle, soy, coffee, cocoa, timber and rubber as well as derived products such as beef, furniture and chocolate.

Illegal production has spurred massive deforestation in countries such as Brazil, Indonesia, Malaysia, Nigeria, the Democratic Republic of Congo, Ethiopia, Mexico and Guatemala.

The United Nations' Food and Agriculture Organization (FAO) estimates that an aggregate area of land bigger than the European Union, or some 420 million hectares (more than one billion acres), has been deforested around the world over the past three decades.

The European Union is the second-biggest market for consumption of the targeted products after China.

Pascal Canfin, chairman of the European Parliament's environment committee, hailed the agreement, and how its impact would feed through to everyday items Europeans consume.

"It's the coffee we have for breakfast, the chocolate we eat, the coal in our barbecues, the paper in our books. This is radical," he said.

Another, WWF, called it "groundbreaking" and "historic".

"This regulation is the first in the world to tackle global deforestation and will significantly reduce the EU's footprint on nature," the WWF said in a statement.

Both groups called on the EU to go further, by expanding the scope of the law to include savannahs, such as Brazil's Cerrado, which are also under threat by encroaching ranchers and farmers.

Greenpeace noted that financial institutions extending services to importing companies would not initially come under the new law, but that they would come under review two years later.

Both the European Council -- representing the EU countries -- and the European Parliament now have to officially adopt the agreed law which was first presented in November last year on the heels of a pledge made at the Cop26 environment summit.

Big companies would have 18 months to comply, while smaller ones would get a longer grace period.

"The new law will ensure that a set of key goods placed on the (European Union) market will no longer contribute to deforestation and forest degradation in the EU and elsewhere in the world," the European Commission said in a statement.

"The battle for climate and biodiversity is accelerating," French President Emmanuel Macron tweeted.

The parliament said in a statement that the law opened the way for technology such as satellite monitoring and DNA analysis to verify the provenance of targeted imports.

High-risk exporting countries would have nine percent of products sent to the EU checked, while lower-risk ones would have lower proportions scrutinised.

Companies found violating the law could be fined up to four percent of their annual turnover in the EU.

The legislation would be reviewed one year after coming into force, to see whether it should be extended to other wooded land.

Another review at the two-year mark would have the commission considering whether to expand it to cover other ecosystems and commodities, as well as financial institutions.