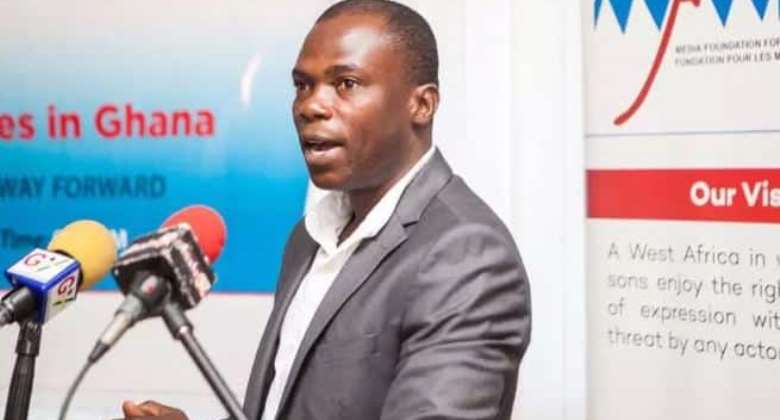 The Executive Director of the Media Foundation for West Africa (MFWA), Mr. Sulemana Braimah has called on Ghanaians to speak out on the hardships in the country.

In a short statement on his Facebook page, he admitted that indeed the world has been impacted by the global economic crisis.

However, he insists that Ghana’s case has been worse with bad leadership making the country the epicentre of the global crisis.

“There's undoubtedly a global economic crisis that's impacting all countries. There's also no doubt that Ghana is suffering from an additional major crisis of bad leadership that has made our country the epicentre of the global crisis. Let's all speak up because Democracy pɛ Dede,” Mr. Sulemana Braimah said.

With the country’s economic crisis subjecting the citizenry to severe hardships, there are calls from both the Majority and the Minority in Parliament for the President to remove Finance Minister Ken Ofori-Atta.

The President has full faith in the Finance Minister and is backing him to turn things around.

Today, the Minister has launched Ghana’s Domestic Debt Exchange programme aimed at protecting investors and their investments in Treasury Bills and Bonds.

The Minister said under the Programme, domestic bondholders will be asked to exchange their instruments for new ones. Existing domestic bonds as of 1st December 2022 will be exchanged for a set of four new bonds maturing in 2027, 2029, 2032 and 2037.

According to the Finance Minister, the government is keen on restoring macroeconomic stability in the shortest possible time.

Deadline for debt exchange programme may be extended again –...
25 minutes ago