Beyond The Debate Over Absolute Immunity, Let Us Establish An Independent Office Of Special Prosecutor To Go After Identified Thieving Governors Of Funds For The Poor 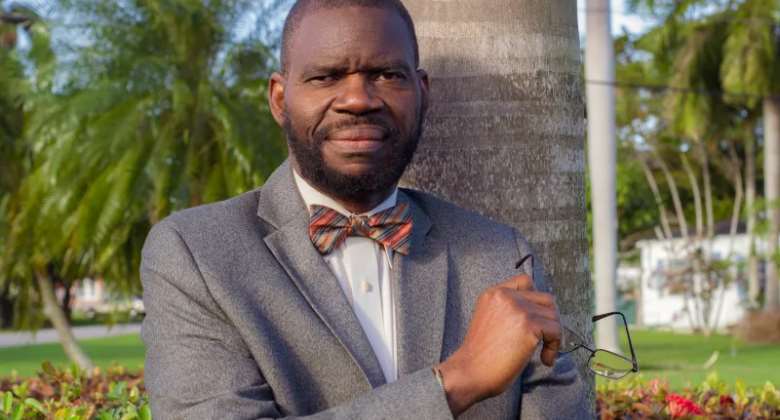 It is the hope of the people that this administration will do what is right against corruption; if not, the wish now is that the incoming presidency will act democratically in a way that shows public confidence in the criminal justice system, meaning law enforcement agents, prosecutors, and attorneys general, in order to have positive effects on society.

There is still time for President Muhammadu Buhari to use all his remaining power to persuade the national assembly to establish the office of the special prosecutor, who will be appointed by the president and will be completely independent of the Attorney General.

President Buhari has accused one or more state governors of stealing money allocated to local governments to assist the poor and needy.

Nigerian governors, particularly those who are now being referred to as thieves by the Buhari administration, know they have nothing to fear and no need to answer to anyone because they understand that corruption and impunity will flourish as long as the rule of law and due process mechanisms are consistently ignored. A law enforcement and justice system mired in conflicts of interest is essentially useless with regard to fairly engaging in the war on crime.

The 36 state governments, under which we have 774 local governments' functions, continue, in a very deadly and vicious way, as noted by the federal government, to steal money meant for people’s basic needs and everyday challenges.

Psychologically, it will appear as if we have psychopaths and sociopaths governing different states, since it has now been said that due to the theft of the people's money, local citizens are left to source their own basic needs—water, electricity, education, and healthcare—a situation that is inhumane at best.

While I do not know if any of these wanting governors have been psychologically tested and defined as psychopaths, some, by the words of Buhari, have shown apparent behaviors of psychopaths, such as a lack of remorse and empathy, a sense of grandiosity, superficial charm, being very conniving, engaging in manipulative behavior, and refusing to take responsibility for the pain of others.

Their psychopathic approach to the people is known, as some actions of governors include abandoning their people, as evidenced by their generally living in mansions in Abuja, the nation’s capital, known for having all security, social, entertainment, and economic accommodations and resources. These governors and their loyal local government chairmen continue to steal by plummeting growth and prosperity and leaving the people to fend for themselves.

We can't rely on a corrupted system rife with corruption, kickbacks, and coercion to go after accused state governors and local government council chairmen conspiring to pocket federal funds.

Well, there is a need for Nigeria to show that any governor who has committed a criminal act, such as stealing funds allotted to the local government, should be arrested while in office and taken for trial. Under fair and impartial courts with judges who are not vulnerable to complicity, intimidation, and insecurity,

Even if there is a debate about absolute immunity for political office holders, especially governors involved in criminal acts, for how long can the people allow governors who have a taste for stealing public funds to continue like this in the name of immunity?

For how long should immunity be used by governors as a shield from liability for criminal offenses, including corruption that harms people?

How long should ineffective forms of governorship that are prone to corruption, demagoguery, and mob rule be tolerated?

Some of these governors have demonstrated a ridiculous inability to manage their resources effectively for the common good. They continue to use privileges to provide ample opportunities to steal. Worse still, their theft doesn't "profit" their own people, for they don't know what to do with the cash.

These governors generally manifest crass disinterest in the future of their people when they transfer stolen public funds to an already developed world.

While I am not in the mode of comparing advanced democracies to emerging democracies like Nigeria, as Nigeria's constitutional political system is largely fashioned after that of America, some time ago, Illinoisans awoke to news that their sitting governor, Rod Blagojevich, had been arrested, handcuffed, and hauled before a federal court on charges of corruption, convicted, and imprisoned.

So, what makes corrupt leaders who steal money and inflict misery on the people not face the law? Because there is a lack of trust in current criminal justice organs such as the police and federal and state prosecutors, Buhari should use appointed special prosecutor who will not turn a blind eye as some governors continue to commit financial and other heinous crimes against the state and its citizens.

Psychologically or psychoafricalitically, governors stealing money meant to help the poor must be seen by the people as economic criminal groups, along with their helpers, such as bad police, prosecutors, and judges, who help them, and their families get away with their crimes.

They are rarely held accountable for their vile actions. They continue to obstruct justice, and in the process, some people respond with behaviors that lead to more violence and crime in society.

These governors do not respect or take seriously a president who, in their minds, won reelection in 2019 despite his long and periodic absences from the country due to medical challenges. As such, they see him as not fit to question any matter surrounding a functional political and economic environment and fairness to the poor.

President Buhari can surprise some of them by legally using a special prosecutor to go after apparent criminal governors, such an appointed and independent prosecutor will be avoiding both the reality and the perception of political bias that are inherent in the office of the attorney general.

The people and criminal justice experts have expressed the ineffectiveness of the police and Attorney-General as effective tools in the fight against corruption, especially when the employment and firing of the Attorney-General are determined by the president. The Special Prosecutor, known for a lack of conflict of interest, will act as an autonomous body from the Attorney General and handle sensitive cases that the Attorney General would otherwise be ineffective at managing.

How long should indiscipline, corruption, and mismanagement among political officials such as governors and their business counterparts be tolerated, as this has led to public frustration and dissatisfaction

President Buhari, in your military days, some of these governors would not take the people's money and still be free and even alive, which reminds us of former Ghana's President Jerry John Rawlings, who, when he came to power as Head of Nation, arrested corrupt government officials and put them to death by firing squad, while the people cheered, "Let the blood flow." The people endorsed his action.

We do not expect such draconian measures against any identified thieving governor who appears to be irredeemable, which is why a special prosecutor independent of the current management of the criminal justice system is now required.

Professor John Egbeazien Oshodi, who was born in Uromi, Edo State in Nigeria to a father who served in the Nigeria police for 37 years, is an American based Police/Prison Scientist and Forensic/Clinical/Legal Psychologist. A government consultant on matters of forensic-clinical adult and child psychological services in the USA; Chief Educator and Clinician at the Transatlantic Enrichment and Refresher Institute, an Online Lifelong Center for Personal, Professional, and Career Development. He is a former Interim Associate Dean/Assistant Professor at Broward College, Florida. The Founder of the Dr. John Egbeazien Oshodi Foundation, Center for Psychological Health and Behavioral Change in African Settings In 2011, he introduced State-of-the-Art Forensic Psychology into Nigeria through N.U.C and Nasarawa State University, where he served in the Department of Psychology as an Associate Professor. He is currently a Virtual Behavioral Leadership Professor at ISCOM University, Republic of Benin. Founder of the proposed Transatlantic Egbeazien Open University (TEU) of Values and Ethics, a digital project of Truth, Ethics, and Openness. Over forty academic publications and creations, at least 200 public opinion pieces on African issues, and various books have been written by him. He specializes in psycho-prescriptive writings regarding African institutional and governance issues. His most recent textbook publication is Concise Psychology: An Integrated Forensic Approach to Psychology for Global African Settings.