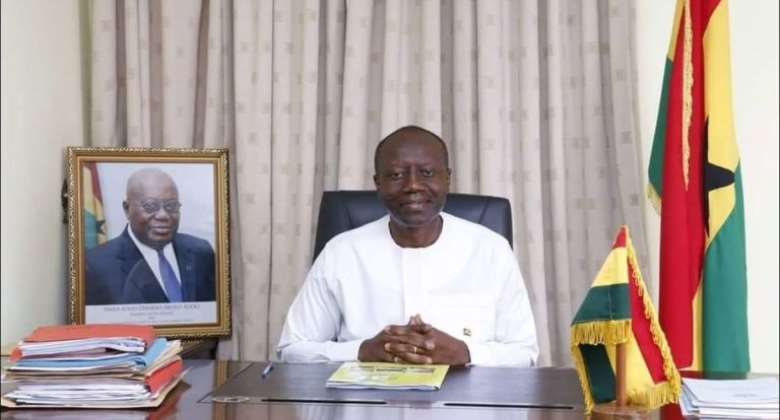 It absolutely cannot be gainsaid that the direction in which the country is presently moving is definitely not the most ideal to be expected of a country with such generously adequate human and natural resource capacity as the Sovereign Democratic Republic of Ghana. But then, the most logical question that ought to be asked and promptly answered by any critically thinking observer is the fact of whether Ghana has at anytime within the past four decades been auspiciously piloted towards the “most ideal direction” in which it could have been steered or deserved to have been moved, were ours a country blessed with the most altruistic and visionary of leaders. The fact of the matter is that our country of approximately 35 million people is presently not moving in a direction that could be aptly deemed to be worse than it has ever moved or been moved by its leaders during the course of the last three decades, or since the inception of its so-called Fourth-Republican Dispensation.

To be certain, Ghana under the stewardship of President Addo Dankwa Akufo-Addo and the political establishment of the New Patriotic Party (NPP) is far better off than it ever was under the previous four-and-half years under the managerial or, rather, the “mismanagerial” stewardship of Mr. John “Akonfem-Kanazoe Ouagadougou” Dramani Mahama, uniquely made globally infamous by the industrially and technologically regressive regime and blight of “Dumsor” – the perennially erratic production and supply of electricity. So, it is rather both scandalous and inexcusably preposterous for the likes of Alhaji Mohammed Mubarak Muntaka, the National Democratic Congress’ Minority Chief Whip, to be calling for the impeachment and the prompt removal of President Akufo-Addo from power, primarily because the President adamantly refuses to either demand the immediate resignation or the summary removal of Mr. Kenneth Ofori-Atta, the Finance Minister, who also happens to be a cousin of the former Attorney-General and Justice Minister in the erstwhile government of President John “Gentle Giant” (Kofi Diawuo) Agyekum-Kufuor (See “If Akufo-Addo Retains Ken Ofori-Atta after We Push Through the Vote of Censure, We’ll Impeach Him – Muntaka” Modernghana.com 11/10/22).

The objective pronoun of “him,” we are given by the reporter of the afore-referenced news story, Mr. Isaac Donkor Distinguished, to be referring to President Akufo-Addo. Now, this is rather grotesque and downright farcical, to speak much less about the patently asinine, in view of the glaringly depraved and morally inglorious fact that under the previous Mahama-led regime of the National Democratic Congress, of which Mr. Muntaka, the Member of Parliament for Asawase, in the Kumasi metropolis of the Asante Region, was a prominent member and key player, Ghanaians were constantly cautioned to thoroughly desist from criticizing both President Mahama and his government because, as the extant Chief Resident of Jubilee House then imperiously declared, none of the very people whose electoral mandate had enabled Mr. Mahama to accede to the Presidency and to govern them and manage the affairs of their country, had ever been elected to the highest office of the land.

To be certain, at absolutely no time in the wake of the issuance of such inexcusably flagrant threat were the likes of the Kumasi-Asawase NDC-MP to be heard calling their Party Leader and military fatigues-addicted Commander-in-Chief of the Ghana Armed Forces to order. We must also underscore the fact that this is not the very first time that a national outcry has gone up for the removal of a cabinet or an executive appointee or operative widely perceived to be poorly performing. Mr. Ofori-Atta is definitely not the very first Finance Minister to have his job performance so virulently impugned. The most recent of such popular calls occurred under the watch and tenure of then-President “Savannah Accelerated Development Authority Gravy-Train Operator” Kwame Gonja Mahama, and it regarded Mr. Seth Terkper. In the latter instance, we vividly recall the most famous and prominent citizen of Bole-Bamboi, from the Akufo-Addo-created Savannah Region, publicly acknowledge that he was well aware of vehement and vociferous calls from within the vanguard ranks of the operatives of the National Democratic Congress, that is, Mr. Mahama’s own political party, for the removal of the Krobo native from the Eastern Region, the very home region of the now-President Akufo-Addo. Nonetheless, the then-President Mahama also emphatically declared that he had absolutely no desire or intention of expelling Mr. Terkper from his cabinet, let alone from his widely criticized bloated government.

Back then, as well, there is absolutely no evidence indicating that any moves had been made by the parliamentary operatives of the National Democratic Congress to have Mr. Terkper either removed from office or have his boss impeached and promptly ousted from Jubilee House. Are we therefore herein being given to believe that, somehow, self-proclaimed “Presidential Spare-Tires” like the former Atta-Mills’ Arch-Lieutenant have superior citizenship and presidential or executive rights relative to the proverbial “Little Man from Kyebi”? Nobody of a level head, as it were, or with a fair-minded perspective on our national affairs is apt to doubt the imperative necessity for a prompt and drastic rebooting of the governance process under the watch of President Akufo-Addo. But, here, at least, we have the consolation of the fact that Ghanaians across all class and political and ideological divides are able to go about their day-to-day existence and businesses rest assured that in the event of sudden indisposition or malady, they would be able to readily access a functionally viable National Health Insurance Scheme (NHIS).

Now, that was never the case under the previous Mahama-led government of the National Democratic Congress, when Mr. Sylvester Mensah, the Mahama-appointed Executive-Director of the National Health Insurance Authority (NHIA), was put under house arrest for grossly misappropriating funds earmarked for the operational solvency of the National Health Insurance Scheme. As well, under the watch of President Akufo-Addo, the children of the poor and the destitute are able to realistically imagine and assiduously work towards a brighter future for themselves than their parents and guardians, because now they are assured of being readily able to access the Akufo-Addo-implemented Fee-Free Senior High School System, which a then-President Mahama disdainfully characterized as a practical and a functional impossibility that only existed in the delirious and jaundiced imagination of a desperate and a megalomaniacal politician hell-bent on grabbing for power by hook or crook.

It is such significant and landmark quality-of-life improvement initiatives and social intervention programs that Ghanaians are most concerned about and deem to be of utmost priority, and not the vehement but largely vacuous calls for the removal of the Finance Minister by a gang of rabidly anti-progress and downright kleptocratic opposition party politicians who have yet to present any viable or comprehensive alternative solutions to the massive socioeconomic problems facing our country.

*Visi my blog at: KwameOkoampaAhoofeJr