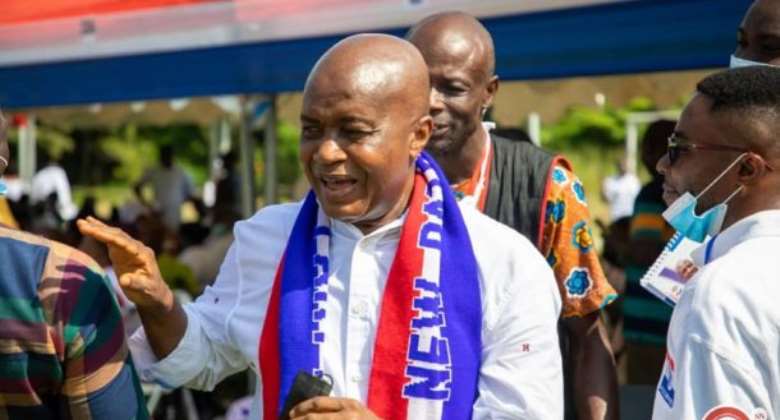 The National Chairman of the ruling New Patriotic Party (NPP) Stephen Ntim says he is determined to lead the party to victory in the 2024 elections.

According to him, with the support of his party members, defying all odds to win the next elections is his only aim.

Mr. Ntim says it will not be in his tenure that the party will go into opposition.

“You will agree with me that, I have spent 20 years in the political wilderness before getting to where I am right now. I will not become National Chairman only to take the party back to opposition. We are committed to identifying where the previous administration left off for us. We are going to strengthen what they did and build upon their accomplishments.”

Earlier this week, the NPP officially inaugurated all the standing committees of its national council.

The move, according to the party, is in line with measures to further position the party strongly to execute its tasks in preparation ahead of the 2024 elections.

Stephen Ntim indicated that he will ensure that the committees work and deliver on their mandate.

General Secretary of the party, Justin Frimpong Koduah urged the committees to work diligently since the success of the party depends on them.

“First and foremost, your first loyalty is to the party, or matters that come before your committee should be kept at the committee level unless the party hierarchy demands that it comes out. You should be able to execute your duties without fear or favour,” he urged.

“Winning the 2024 elections will be historical. We will be the first political party to have won the elections three consecutive times, and Mr. Chairman Insha Allah it’s possible. In terms of policies, no political party can compare itself to the New Patriotic Party (NPP). In spite of the challenges that we are going through as a country, certainly before the 2024 elections, things would have turned and Ghanaians will still have confidence in the NPP,” he stated.