Why Was Africa Exporting Only About 1% Of Soya? 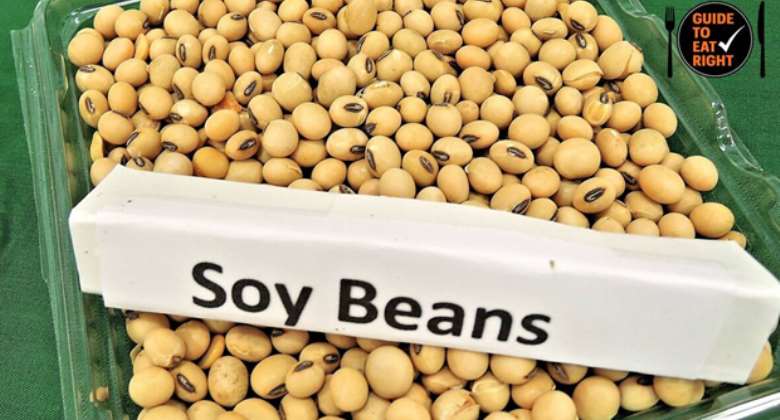 SOY, OFTEN known as soja or soya bean, is the most popular plant-based protein source. It is also one of the most plentiful and inexpensive protein sources. Soya has become an essential part of daily life for people and animals in many parts of the world.

All the above stated, alongside the fact that it is one of the most traded goods on the planet, is why Soya is called the “the king of beans.” In terms of volume, soybeans and its by-products account for more than 10 per cent of global agricultural commerce.

It is in many foods and other non-edibles, like cooking oil, milk, soy oil and other food products. Soya also has industrial uses like its role in the making of some biodiesel.

Secondly, only to palm oil, soybean oil is the most extensively used cooking oil in the world. Studies show that the “king of beans” is an essential export item for several countries.

According to the 2020 global market study of the International Institute for Sustainable Development (IISD), 150.1 million metric tons of soybeans worth $58 billion were shipped in 2017. It was also estimated that the sector’s overall (retail) market value was around $146 billion.

Despite all these, less than one per cent of the world’s soy is grown in Africa.

In the 1850s, soybeans were brought to Africa, and in 1858, they were first grown in Egypt. Today, 47 of Africa’s 54 nations cultivate soybeans. Since 2020, the soy market in Africa has increased significantly. In general, consumption has increased.

As a result, production has reached its peak and is expected to grow. Togo, Ethiopia, and Malawi were Africa’s top three exporters of soybeans, accounting for about 60% of total exports in Africa. The remaining circa 40% was contributed by Uganda, Nigeria, Ghana, and others.

Let's take Uganda as an example. Uganda is becoming an ever more important source of soybeans for the continent. Since 1990, Uganda’s Agricultural Research Institute has been researching and making new soybean varieties to meet Ugandan farmers’ needs.

This aids Uganda’s economy, contributes more than $45 million a year, and grows about 23,000 metric tons of soybeans yearly. The country has also invested in facilities that turn raw soybeans into products such as soybean oil, soy cake, and animal feed.

Potentials within exports and profits are declining, which may be traced back to the many difficulties plaguing Africa’s agricultural sector. Some of them are lousy infrastructure, lack of financial capital for farmers, bad marketing, inadequate technology, high manual labour within our farming models, low sector investment, the majority of farmers being smallholders, losses after the harvest, not having a guaranteed market, and crop diseases, etc.

Soya Bean’s nutritional and health advantages are well known, but the economic benefits to local farmers and consumers are just as significant. It opens up prospects for employment and financial gain throughout the nation and reduces poverty; this is very practical for farmers.

Given that this crop has a lot of economic potentials and helps in many ways, it is essential for our governments, in particular, to help solve these problems so that African countries can get the most out of the crop. Africa has been noted as an excellent place for soy, and there are signs that the market is already growing.

Governments must look into and fix the problem of not having a secured soybean market. If the country had a guaranteed need, it would go much better. Production and income would go up, and many new jobs would be created. So, if governments want to solve this problem, they must emphasise working with private sector actors at home and abroad.

Mature soybeans may be a source of income, but that’s not all they’re good for. They have numerous health benefits as well: (i) Its high fibre content reduces the risk of colon cancer by promoting regular bowel movements and better digestive health, (ii) Its minimal carb content and very low glycaemic index make it a beneficial nutritional addition for people with diabetes, (iii) The high levels of copper and iron in soybeans help build red blood cells, lowering the risk of anaemia and increase oxygen delivery to cells to fuel the body’s metabolism, (iv) Soybean, when consumed in small amounts, has appetite-suppressing qualities and may facilitate weight reduction. Moreover, its high protein content makes it an oil seed that may aid in mass growth. Because of this, it may help in the control of excess weight, (v) It regulates metabolic processes that enhance the quality and length of sleep because of its high magnesium concentration, (vi) Glycaemic control and management in Type 2 diabetes are aided by soybean since it helps enhance the body’s function of insulin receptors, (vii) Vitamins and minerals are full of bone- and immune-boosting zinc, magnesium, copper, and selenium. In addition, folate, Vitamin K, Molybdenum, Phosphorus, and Thiamine may all be found in soya, (viii) Soybean’s high polyunsaturated fat content helps improve cardiovascular health and lowers the risk of cardiovascular events like strokes and heart attacks, (ix) The United Soybean Board and the Soy Nutritional Institute of California are funding new research into its anti-wrinkle effects, (x) Eating soybeans may help your brain’s health since they increase blood flow and (xi) It may also aid with menopausal discomfort.

Producing soybeans successfully in Africa requires a country to adopt strategies with Environmental, Social and Governance (ESG) measures at its core, work towards utilising Sustainability Development Models to bring forth equitable and sustainable results, capitalise on the continental infrastructure and build relevant relationships between the public and private sectors within the agricultural spaces of African markets.

I hope you enjoyed the read. Hit me up, and let's keep the conversation going!

Have a blessed week!
BY Maxwell Ampong