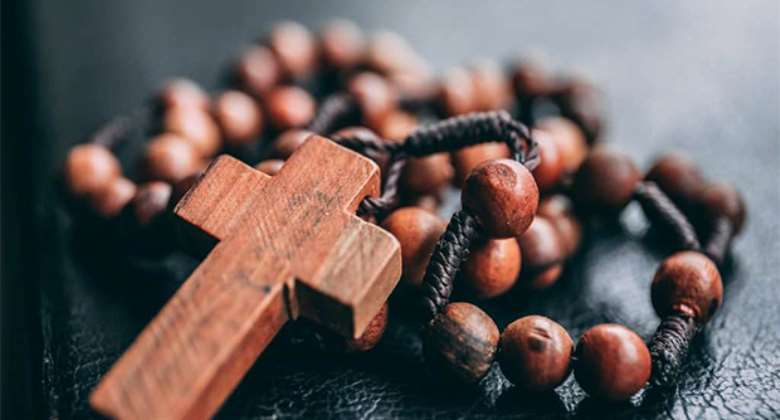 As Catholics, we were moved by the communique issued by the Catholic Bishops Conference on Sunday,13th November,2022. The plenary was held at Donkorkrom in the Eastern Region and signed by the new head, Most Reverend Matthew K. Gyamfi.

The Catholic Standard, the fearless voice of the Catholics, established in 1938 in which Professor Adu Boahen wrote his “Kontopiaat” in the heady days of Rawlings's non–descript “revolution” had the banner headline “Listen To Cries Of Ghanaians – Bishops To Government”

On “Other Issues Of National Concern,” the communique notes (among others)”… high cost of living, high inflation, youth unemployment, bribery, corruption, greed, selfishness, lack of patriotism, poverty, deplorable roads, carnage on our roads, armed robbery, murder and other crimes, galamsey, weak and ineffective institutions of governance, abandoned and unfinished government projects, the culture of impunity, examination malpractices, violence, intimidation, attack on media men and women, human trafficking and abduction…The economic hardships are becoming unbearable for Ghanaians. Ghanaians are getting angry, frustrated and disappointed. This anger is growing and is expressed through booing at government officials, demonstrations, open insults…

“The President should show real commitment in fighting corruption.” The galamseyer illegal mining, we call for prosecution of the owners of Akonta Mining Ltd among others. The size of government and leadership in state – owned enterprises (SOEs) should be significantly reduced… reducing the size of presidential and ministerial envoys…. Stiffer crackdown on the black market and money laundering,” the communique says it all!

We have used so many methods including cajoles, parables, anecdotes, allusions, aphorisms, ironies, metonymies, litotes, malapropisms to reach the powers – that be, to point out the weaknesses and failures of this government, but our efforts have not paid off – they are “excellent”, “untouchable” people so do we sit back and watch the President going “naked”?

It was a missed opportunity when the “renegade 80” (MPs who demanded the resignation (or sacking) of Ken Ofori Atta and Charles Adu Boahen. Some people think they ought to have insisted on their stand instead of yielding to an executive tirade to allow Ken Ofori-Atta to go to the IMF and return to present the budget….and then what?

The Andy Appiah –Kubi-led “renegade 80 NPP MPs” had said” … we want to serve notice, and notice is hereby served that until such persons, as aforementioned, are made to resign or removed from office, we, members of the Majority Caucus here in Parliament, will not participate in any business of government by or for the President by any other minister…if our request is not responded to positively, we will not be present for the budget hearing…”

Kwame Pianim, the renowned economist and statesman, thinks Ken Ofori–Atta must “leave office now” and replacing Ofori-Atta is very critical to turning around the economy to get Ghanaians out of the current difficulties. He notes “then you need a credible messenger. Ken Ofori-Atta is not a credible messenger. Somebody who didn't want you taking this route, how can you say he should lead it?… the hardship on Ghanaians is unprecedented, so Ofori-Atta should save Ghanaians additional misery by stepping down… if he (Ofori Atta) does not go and the President doesn't let him go, we risk irreversibly dragging the President's legacy and his Presidency into the gutters.”

It was solomonic and sapiential that the “renegade 80 NPP MPs” did not bite the NDC bait, to be caught in the NDC spider's web. But what would have happened if the 80 NPP MPs (58% of total NPP MPs) had insisted on their resolve to get Ken Ofori-Atta to resign or get the sack by the President? Charles Adu Boahen would not have found himself in the mess he is now. But for Akufo-Addo, who had insisted on using the “Anas's principle” to curb corruption, we would have stood in stern opposition to Anas's method which smacks of blackmail and entrapment. A reshuffle does not target only non–performing ministers. It also “saves” the ministers and creates opportunities for “excellent” performance, and DAILY GUIDE's editorial of 15/11/22 bellows: “Time to Reshuffle is Now.” Reshuffle should not continue to be an anathema.

The insults, jeers and boos are becoming rather too many: and the Chiana SHS (Kassena Nankana District) threw decency, morality and discipline to the dogs by using “vulgar and unprintable words” to berate the President. What! Is that what the world has come to? Beware: Facebook, Twitter, WhatsApp Ntotofeewa, whose parents have been relieved from paying school fees…by a President who has suffered a backlash for spending a lot of money for “Free SHS” to be paid back this way…? The Hogbetsotso festival at Anloga was a bad occasion for the Vice President, Dr. Mahamudu Bawumia to read out the umpteenth number of projects by NPP.

With due respect, the NPP belongs to those of us who have decided to follow the Danquah-Busia-Dombo tradition. The party does not belong to one person or a group of persons. We all have a stake in it. We have suffered to bring it this far: the indignities, humiliation, loss of job. We cannot supervise its break-up now. Reflect on the effect of the 1979 PFP – UNC split.

NDC people may charge President Akufo-Addo as arrogant, recalcitrant, adamantine, defiant, obstinate, hard headed, impudent. (Listen to Ibrahim Murtala Mohammed (MP for Tamale Central), Okudzeto Ablakwa (MP for North Tongu). We, of the NPP, will hesitate to use those adjectives to so describe the President, we would rather say he is “tintin-tininti” and expect Professor Agyekum to translate it as: “steadfast “implying a steady and unwavering position and conviction in allegiance, love and loyalty to one's kith and kin.

Flowery language, yes, but certainly no casuistry, no sophistry. We pray to God through Saint Africanus of Cyprus. Amen.