"We do not need ceremonial presidents"- Spio 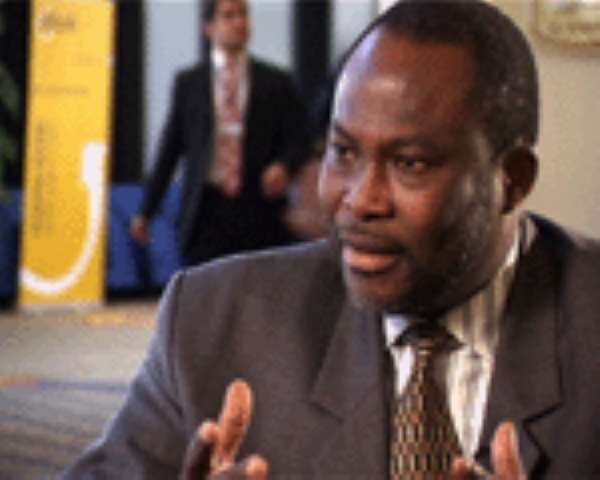 A National Democratic Congress's (NDC) presidential hopeful, Dr. Ekwow Spio Garbrah, has indicated that all over the world young presidents perform better than the aged presidents, who sometimes turn out as ceremonial heads.

Dr. Garbrah, currently, Chief Executive Officer (CEO) of the Commonwealth Telecommunication Organization in the United Kingdom told Journalists that he was offering himself to become the president of this country, following his youthful age and the rich experience he acquired throughout his working life.

Dr. Garbrah, who made this comment in his recent visit to the Brong Ahafo Region, indicated that Ghana has reached a stage where the youth have to take full control of affairs to ensure a better and sustainable development

The NDC Presidential Aspirant, said, “we need a young, dynamic and development oriented president, but not ceremonial head of state, who cannot do anything meaningful to the state.”

Citing an example, the CEO said countries with young presidents progress and develop faster than countries whose presidents were old. He mentioned the UK where Tony Blair was the Prime Minister and during the reign of Bill Clinton of the US who had made the economies of their countries moved faster.

He debunked the notion that the old have more experience than the young ones, saying experience depends on one's profession and the background of the person.

Dr. Garbrah said, although he was still young, he has a very rich experience, which cut across all spheres of works and these include, banking, economics, communications and host of others.

Dr. Garbrah, a former Minister and a Diplomat told the Journalists that he could not see why a whole government had spent a lot of time looking for a loan of $1 billion, wondering whether the NPP government was not aware that there was only one IFC within the World Bank.

Touching on conditions of service, the former Educational Minister stated that generally, salaries in this country were very bad, adding that what he was expecting from President John Agyekum Kufuor was to open his doors to all manner of people for more talks to solve the problem once and for all.

The CEO of the Commonwealth Communication Organization refuted the allegation that he was an arrogant person, asking whether an arrogant person who had assumed a position of an Ambassador and a Minister could relegate himself to become a Constituency Party Executive.

According Dr. Garbrah, after the NDC was defeated in 2000, he offered himself to become Organizer at Anyina-Basa and also assumed a position as a Party Officer at the NDC National Secretariat without taking any salary.

On the choice of NDC presidential candidate, Dr. Garbrah noted that this time round, the delegates of the party have a variety of candidates to choose from, unlike the previous congresses where Professor John Evans Atta Mills was tagged as the only candidate.

According to him, by the close of his tour, he hoped to have most of the delegates rooting for him and at the end of the day he would emerge victorious among the other aspirants and eventually win the presidential seat for the NDC in 2008.