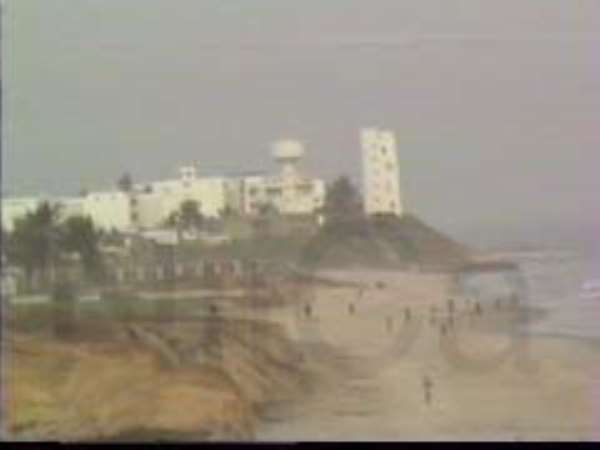 Ghana is a small country that cannot afford the luxurious and affluent life-styles of the developed world. The President of Ghana must at least demonstrate leadership qualities. Leadership means guiding the people as a whole towards the achievement of their collective and basic goals of food, shelter, clothing, security and good health.

Ghana is a country plagued with a high level of unemployment, scarcity of drugs and poor and ill-equipped medical facilities. In my last visit to Ghana this year, I visited some hospitals and clinics in Ghana. I was bitterly disappointed. I asked, is this Nkrumah's Ghana? The poor cannot be cared for in any clinic or hospital for the capacity to pay must first be met. The hospital beds were dirty and the wounded must even supply their own bandages or bleed to death. The hospitals are practically graveyards! Ghana is no longer a country, it is a cemetery. Is that the appropriate condition for a presidential palace to be a priority? Shame unto the political leaders of Ghana for their irresponsibility in even thinking about such a luxury while the people who voted them to office continue to suffer.

It sends the message that Rawlings' revolution was fake, for it failed to eradicate affluence from the minds of both the elite and the masses. Instead of curing Ghana of its ills, Rawlings and his cronies engaged in ripping the coffers to enrich themselves. That is why, Rawlings the poor at the beginning became the Rawlings riding in luxurious cars. The present government seems to be emulating the bad examples of the Rawlings regime. Given that Rawlings is not truly Ghanaian, I can understand his ripping of the coffers to his personal benefit, but I cannot understand those who are hundred percent Ghanaians engaging in making their own people suffer.

The notion that the Castle is polluted because of historical slavery is pure nonsense enshrined in superstition which a sensible President with the appropriate leadership qualities should not engage in. The notion that the Castle is juju-infested is another unacceptable excuse. Juju exists only in the minds of misguided ignoramuses who refuse to be educated. If juju had any power, then Ghana should not have been a victim of slavery or colonialism. Historical slavery and colonialism are sure proofs that juju has no power because it simply does not exist. What exists apart from God is technology that can turn material things into usable objects for humans. Juju is nothing but deception and an illusion at best. Magic is nothing but an illusive art in which the hands are faster than the eyes, and juju is nothing but the drumming of psychological tricks. Culture makes sense only if it is compatible with technology in the political and economic spheres.

The millions intended for a new presidential palace can be wisely invested in equipping the hospitals and clinics of Ghana, and in creating employment. Any person who advises on building a new presidential palace is only cleverly or machinately inviting a bloody revolution in Ghana. This is the hidden agenda which the inadequate leaders of Ghana refuse to see. There have been too many coups in Ghana to no avail. Why should we invite another? Can we not just learn from our history and from our mistakes? May God save Ghana! I hope any new bloody revolution is a true one and not a fake one like that of Rawlings. A word to the wise is enough. *Dr. Daniel Osabu-Kle, a former Greater Accra Regional Secretary under the Jerry Rawlings' PNDC regime is a political science professor at Carleton University in Ottawa, Canada. Views expressed by the author(s) do not necessarily reflect those of GhanaHomePage.