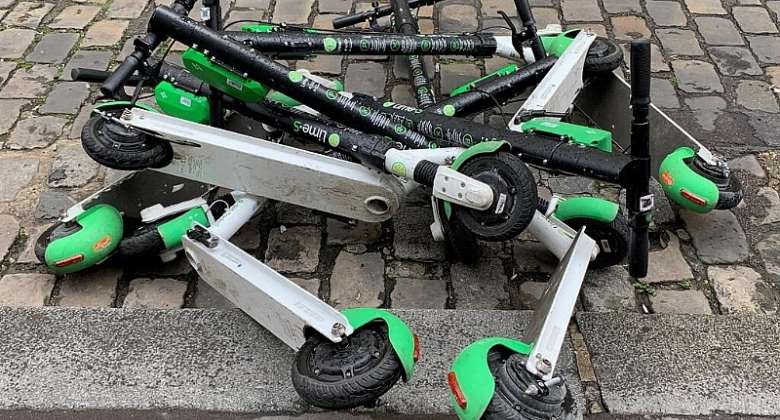 Authorities in the French capital have given operators of electric scooter fleets one month to come up with measures to limit reckless riding, careless parking and other misuses or risk the loss of their operating licences.

Paris is struggling to enforce safe practices for the urban transport devices, promoted as a non-polluting alternative to cars or crowded public transport.

Critics say the scooters are often used for joy rides that menace pedestrians, pointing to regular accidents and casting doubt on the environmental benefits of batteries with short lifespans.

"All options are on the table, including an end of contracts," due to expire next February, deputy mayor David Belliard said after a meeting with the three firms authorised to operate in the French capital.

Given the exasperation over "misuses," city officials are questioning the "cost-benefit analysis" as well as the environmental cost of the roughly 15,000 e-scooters currently on the streets, he said.

Dozens of operators flooded the streets with free-floating rental fleets in 2018, leading to chaotic scenes of overturned or misparked scooters littering footpaths.

That led to the city allowing only three operators . . . Tier, Lime and Dott . . . and insisting that the devices be fitted with speed limiters . . . 20 km/h or  10 km/h in dense zones. Dedicated parking places were established.

But some users find it hard to resist doubling up on the devices -- a practice which is strictly forbidden -- and scooters are often left in public spaces or dumped in the Seine River.

E-scooters and other "personal electric transportation vehicles" caused 236 accidents in Paris during the first half of this year, a jump of 52 percent from the same period last year, according to police data.

"We're very confident in our ability to respond" to the city's demands, a spokeswoman for fleet managers Tier told journalists.