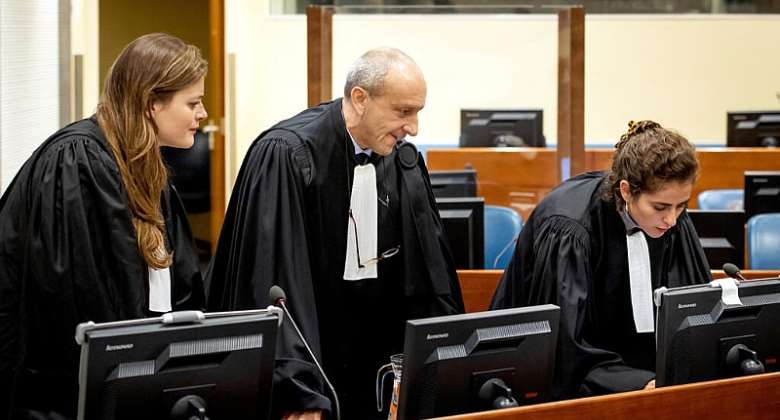 The trial of one of the last fugitives charged over the 1994 Rwandan genocide opened at a United Nations tribunal in The Hague on Thursday.

Félicien Kabuga has often been referred to as the man who financed the massacre of some 800,000 people in Rwanda between April and June 1994.

"Twenty-eight years after the events, this trial is about holding Félicien Kabuga to account for his substantial and intentional role in that genocide," prosecutor Rashid S Rashid said at the opening of the trial at the International Residual Mechanism for Criminal Tribunals, a court that deals with remaining cases from the now-closed UN tribunals for Rwanda and the Balkan wars.

Kabuga, who was arrested near Paris in May 2020, after years of evading arrest, is charged with genocide and crimes against humanity, including persecution, extermination and murder.

Wheelchair-bound, in his mid 80s, he refused to appear in person or via video link at the start of the trial on Thursday, due to a dispute over his lawyer, but judges ruled the case would go ahead anyway.

His lawyers previously argued unsuccessfully that he was not fit to stand trial. J

udges ruled in June that the trial should begin “as soon as possible”, though on the advice of doctors, the process will run for just two hours per day.

Kabuga rose from poverty to become one of Rwanda's richest men, with close links to the ruling Hutu political elite.

One of his daughters married the oldest son of President Juvénal Habyarimana, an ethnic Hutu, whose assassination when his plane was shot down on 6 April 1994 triggered the start of the genocide.

Kabuga headed the National Defence Fund, to which he and other businessmen contributed, and which allegedly bought machetes and uniforms for the army and Interahamwe Hutu militia.

According to the International Criminal Tribunal for Rwanda (ICTR), whose work was later taken over by the MICT, Kabuga "contributed to the Interahamwe's killing and harming of persons identified as Tutsis by organising meetings... to raise funds to purchase arms."

Encouraging the genocide on the radio

The 15-page indictment of Kabuga alleges that he incited genocide through Radio Télévision Libre des Mille Collines (RTLM), which he helped establish and fund.

The station notoriously incited people to "kill Tutsi cockroaches" in its broadcasts.

The indictment says Kabuga and others at the radio station “operated RTLM in a manner that furthered hatred and violence against Tutsi and others perceived as 'accomplices' or 'allies'”.

The broadcaster in some cases provided locations of Tutsis so they could be hunted down and killed, according to the indictment, and “glorified this violence, celebrating killings, praising killers and encouraging perpetrators to continue the violence at roadblocks and other locations”.

Kabuga has pleaded not guilty. During his extradition hearings in France he described the accusations against him as "lies".

If convicted he faces a maximum sentence of life imprisonment.