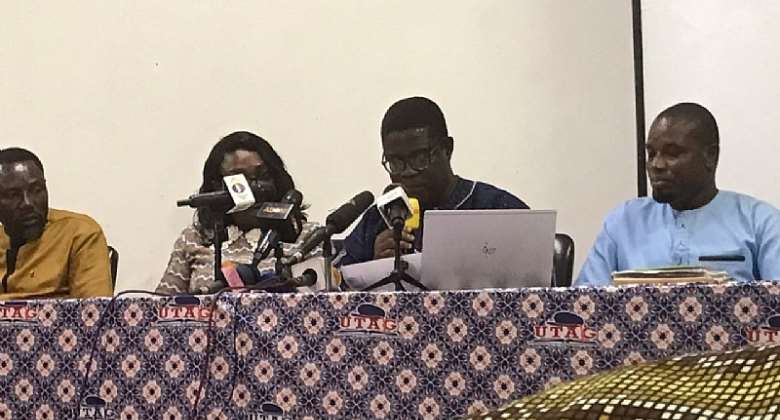 Four Labour Unions in the Public Universities in the country have expressed displeasure over what they say is the blatant unilateral variation of agreed conditions of service in the face of hostile economic conditions by the employer.

At a press conference in Accra on Wednesday, September 28, the Labour Unions threatened to stage an unprecedented industrial action to express their displeasure if their concerns are not addressed in the next one week.

“We know the language that easily sinks in their psyche, and we will speak it in one (1) week if they fail to heed to their own agreement with us.

“The concerned Labour Unions are admonishing all the rank and file of their membership to remain calm and steadfast, that it will resist any attempt by the Employer to vary the terms of their agreed Conditions of Service without due process. The Unions also take this opportunity to advice the Employer to be circumspect as we do not take delight in disrupting the academic calendar, nevertheless when compelled to do so, we will not hesitate,” National President of UTAG, Prof. Solomon Nunoo told the media today.

He continued, “Therefore, the Employer should immediately rescind its intension to vary our conditions of service, else, teaching, and related activities on all the campuses will be withdrawn with effect from Wednesday, 5th October 2022.”

Speaking to the media at the press conference, UTAG General Secretary Prof. Ransford Gyampo expressed displeasure, insisting that the government has taken the Labour Unions for granted for too long.

The Senior Political Science Lecturer at the University of Ghana, Legon, urged stakeholders to immediately take action before the Labour Unions explode with their planned industrial action.

“So we have given them one-week ultimatum. Let’s see how it goes. The mother of all industrial action will be witnessed in this country,” Prof. Ransford Gyampo warns.