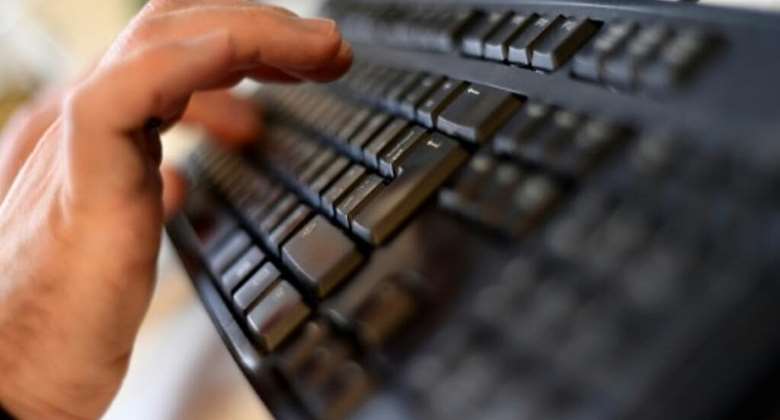 The French pornography industry systematically uses violence against women, according to a report presented Wednesday by four French Senators, after six months of auditions following several high-profile arrests of producers and directors.

The Senators want the issue to be taken seriously by the public, and for the government to make the fight against the “commodification of bodies” a political priority.

Three other men were arrested in Paris on Tuesday in connection with the probe.

Violence 'not faked' on screen

The Senators - Annick Billon, with the UDI centrist party, part of President Emmanuel Macron's ruling coalition; Socialist Laurence Rossignol; Alexandra Borchio-Fontimp with the centre-right Les Republicains; and Communist and Laurence Cohen - found that online pornography has become increasingly violent, and it is being seen by younger and younger people.

The report says the line between 'professional' and 'amateur' pornography producers has been blurred with the advent of new platforms that allow people to upload their own videos.

The result, they say, is a free-for-all for producers, who often recruit economically and psychologically vulnerable young women to coerce them into doing acts on camera they might not otherwise agree to.

Some producers will force women to sign contacts ceding their image rights in perpetuity, forcing them to pay “between 3,000 and 5,000 euros, or ten times what they obtained to film the scene” in order to take them down.

And even then, once the images are out on other streaming platforms, they are “almost impossible to remove, preventing these women who were filmed to excersie their 'right to be forgotten'.”

Of the report's 23 recommendations, one is to impose on platforms the obligation to respond directly to removal requests from the people filmed, and not just from the owners of the videos.

The two major French pornography platforms, Dorcel and Jacquie et Michel, said in November 2020, after the first revelations of the investigations into the French Bukkakhe case, that they were willing to put in place ethics codes.

Others in the industry have talked about contracts detailing what sexual practices particapants are willing to do or not do.

But the Senators dismissed such proposals as window-dressing for a deeper problem of violence that needs to be addressed more systemically.

“Faced with the systemic extent of pornographic violence, and given the nature of sexual consent that can be reversed at any time, these 'marketing' measures do not convince the authors,” they write, adding that productions with more respectful practices are rare in the consumption of pornography today.

Beyond violence on sets and onscreen, the Senators also focused on who is watching pornography and how it “normalises sexual violence of women”.

Often the first introduction to sexuality for children, pornography “builds an eroticisation of violence and domination relations, which become norms,” the authors write, adding that it “multiplies and encourages sexist, racist and homophobic stereotypes”.

A large number of recommendations focus on the issue of age verification for pornographic websites, which has proven to be legally tricky, even as several French associations have filed lawsuits against the major platforms.

The Senators would like to see Arcom given more power to register infractions and impose “dissuasive” sanctions.

Currently, agents must first get a legal ruling to be able to order Internet service providers to block sites in France that do not put in place age limits.

Another focus for children should be better sex education in schools to address issues of pornography.

Since 2001, primary, middle and high schools are required to provide at least three sessions a year on relationships and sexuality, but the report highlights the fact that the law “is absolutely not applied.

Parents have pushed back and schools have not put in place adequate programmes, but the Senators say it is important to teach about sex and relationships instead of letting children learn it from pornography.

Early on in the audition process for the report, the Senators met with members of feminist organisations that fight against pornography and prostitution.

France has generally had a rather abolitionist approach to prostitution, making pimping and solicitation illegal, but not banning it outright.

Throughout the audition process, the Senators drew links between prostitution and pornography, but do not go so far as calling for banning pornography.

However, they write: “wishing to open everyone's eyes on the global system of violence against women, the authors question the existence itself of the pornography industry”.

And yet, with some 19 million people visiting French pornography sites each month, the public and political debate will not be so much on banning, but creating a framework in which productions come under more scrutiny, and distribution platforms take more responsibility for who sees what.

Structure of government's debt restructuring plan is unaccep...
51 minutes ago