Will France’s fascination with the British monarchy survive Queen Elizabeth? 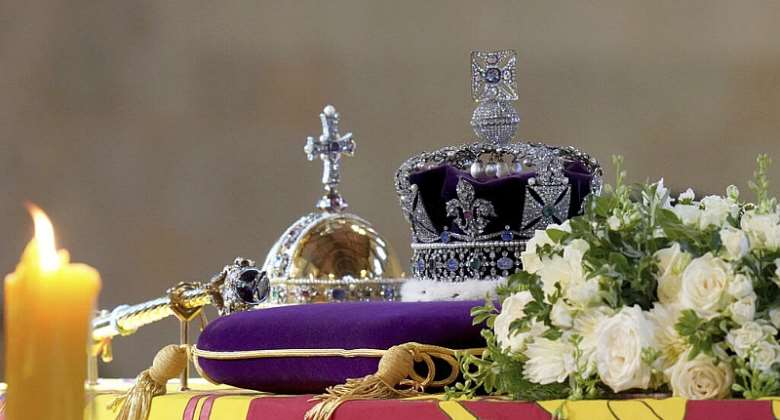 Some seven million French people watched live broadcasts of the funeral of Britain's Queen Elizabeth II last week, showing a fascination with the British monarchy that might seem surprising in the country of the Revolution. But the idea of the monarchy has never disappeared in France.

British studies professor Catherine Marshall was surprised at the French outpouring of emotion after the Queen's death.

Marshall usually looks across the Channel to Britain and is unused to turning her eye to her own country, which went into mourning along with the British after the death of Elizabeth II.

Catherine Marshall told RFI that there was “great love of the Queen herself” in France.

“It is the fact that she was the link with Churchill in Britain and with Charles de Gaulle in France,” she said, adding that the death of the Queen is the “passing of the post-war period”, which many in France are quite proud of.

Listen to a conversation with Catherine Marshall in the Spotlight on France podcast:

De Gaulle, when he established the Fifth Republic in 1958, gave the position of the president a lot of power, in recognition of what he considered France's need for a monarchical type of leader.

“We did get rid of our king, and we did have a Revolution, but fundamentally it is as if the French were not totally at ease with the fact that they had done this,” Marshall says of France's ambivalent relationship to monarchy.

Current President Emmanuel Macron, often accused of ruling with a heavy hand, has embraced De Gaulle's vision of the presidency. When he was still Finance Minister in 2015, Macron said that French democracy is incomplete, and is missing the "figure of the king", whom he said the French people had not wanted to kill during the Revolution.

The Terror following the Revolution "dug an emotional, imaginative and collective hole".

After 1789, France went through a chaotic century, with two Republics, two empires and different monarchies, before stabilising in 1870 with the creation of the Third Republic.

“It's awfully complicated for the French to actually regain some form of stability after the Revolution, so perhaps there is a sort of nostalgia for what was perceived as a stable regime,” said Marshall, adding that the monarchy remained strongly criticised, which showed the ambivalence of the French towards the concept.

“What is so extraordinary with the figure of the monarch in Britain is that you have a head of state, but also the head of the nation,” Marshall explained.

Some of the fascination with the British monarchy today comes from nostalgia – the fact that it connects with centuries of tradition, linking the present with what can be seen as a more glorious past, an age of empire made possible by colonialism.

A similar type of nostalgia can be seen in France, particularly on the right and far right of the political spectrum.

Britain has “the ability to try and hold on to what they were, and to Global Britain” with the Commonwealth, says Marshall, while “France does not have a Global France, nor does it have an empire. And we have not solved the problems with the former countries of the empire, either.”

Tradition also has a strong appeal, with the ceremony of the funeral and procession fascinating the French, who would reject such extravagances at home.

Watching the British monarchy is a way of “showing us something that we have lost. We have lost it. We said we did not want it, but fundamentally perhaps we did want it.”

Overall, the French do not want to resurrect a monarchy – even if there are descendants ready to take the throne, and others ready to beat the republic into submission.

A 2016 poll showed that 17 percent of French people would support a king or queen taking over the role of head of state like the British monarchy.

The fascination with the British monarchy “comes from the fact that one is always fascinated by the difference of the others. Let's look at how they are doing this. It's looking and being fascinated, and at the same time thinking, 'Well, I would rather not have it. But I am pleased to be looking at it'.”

Will the fascination continue now that King Charles is on the throne?

Marshall says the question is up in the air: “Will King Charles III be able to have as huge an amount of love and compassion as Queen Elizabeth II, I am not certain. But at the same time, I think identical questions are being asked in Britain.”

This story was produced for the Spotlight on France podcast. Listen here.