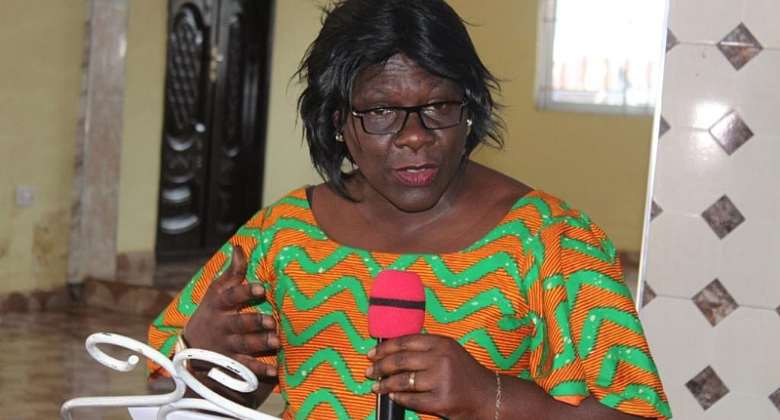 Mrs Cecilia Kagya-Agymang, Bono East Regional Director for Agriculture has said supply of NPK fertilizer for farmers in the Bono East Region under the government's flagship Planting for Food and Jobs (PFJ) programme declined by 79 per cent between the period of June 2021 and June 2022.

According to Mrs Kagya-Agyemang, the region had not received a single bag of Urea in 2022.

However, in June 2022, the region received only 150 metric tonnes of NPK without a single bag of Urea.

Mrs Kagya-Agyemang disclosed this on Monday during a showcase of the last mile component of the Grow Ghana Initiative in Techiman on the theme: “Strengthening Last-Mile Distribution of Input for Resilience and Food Security in Ghana”.

On August 15, 2022, Yara Ghana launched the Grow Ghana initiative in Techiman with a total of 360,000 of 50-kilogramme bags of Yara Mila Actyva to be distributed to farmers free of charge at all Yara distribution points across the country.

It was estimated that 100,000 productive small holders farmers will benefit from the package to assist in enhancing the country’s food security.

As part of the initiative, Yara was expected to provide technical support to farmers and agric- Small and Medium Enterprises (SMEs) and further deepen extension systems in Ghana to increase farmer productivity.

The initiative was implemented by African Fertilizer and Agribusiness Partnership (AFAP) and Alliance for a Green Revolution in Africa (AGRA) funded by United States Agency for International Development (USAID).

Mrs Kagya-Agyemang said fertilizer usage was a topmost priority to farmers in the region, because of the decline of soil fertility in the area.

“The fact that majority of the populace were into crop farming coupled with the decline of soil fertility in the region makes fertilizer usage a topmost priority to farmers and any issue that affects the availability, accessibility and affordability of fertilizer possess a huge challenge to farming in the region”, he stated.

Mrs Kagya-Agyemang said to mitigate the limited availability of fertilizer, the government was promoting the use of organic fertilizer and adoption of improved technologies to increase the yield of farmers.

The Chief Executive Officer of the North Gate Enterprise, Elizabeth Dwamena, said this year had been a challenging year for farmers as well as agro-dealers due to hikes in prices of fertilizer, other inputs, and the cost of transportation.

She said the value of capital of most agro dealers could hardly purchase the same number of bags of fertilizer when compared to previous years.

Mrs Dwamena said farmers had to pay double the price for the same bag of fertilizer as they did last year, saying, "farmers are reducing the sizes of their farms which threatens food security".

She said the Grow Ghana initiative was to ensure that farmers could access the much-needed fertilizer and thanked YARA, USAID, AGRA, AFAP for promoting agricultural transformation.

In a speech read for him, the Bono East Regional Minister, Kwasi Adu-Gyan, said the region was blessed with agriculture and agribusiness such as production, processing, distribution and marketing of agricultural products and inputs.

He said the initiatives would ensure that their farmers had access to enough inputs to sustain cultivation across the region for the rest of the year to boost their yields, increase income levels and improve their livelihood.

Mr Kwesi Adu-Gyan said the Regional Coordinating Council would monitor the initiatives with keen interest and anybody who tries to cheat the system would be arrested to face the full rigours of the law.

He appealed to the stakeholders in the Grow Ghana Initiative and the Last Mile component to be guided by a high level of integrity and committed to the attainment of the project goals.

Madam Rosen, Kimberly Mission Director of the USAID, said since 2010, the United States Government had provided more than $425 million to support Ghanaian farmers, particularly those in the northern part, to adopt new techniques, take advantage of new efficiencies and access global markets.

She said the US government formally kicked off delivery of a $2.5 million initiative through USAID to ensure that 100,000 smallholder farmers in the country received affordable fertilizer for this planting season.

Madam Kimberly expressed the hope that the support would help productive Ghanaian farmers shore up the nation’s food security, in the light of global food security concerns caused by the Russia-Ukraine war.

She said USAID was working with Yara and other partners to help supply 360,000 bags of Yara Mila Actyva fertilizer that would help reduce cost of inputs for smallholder farmers by one-third.