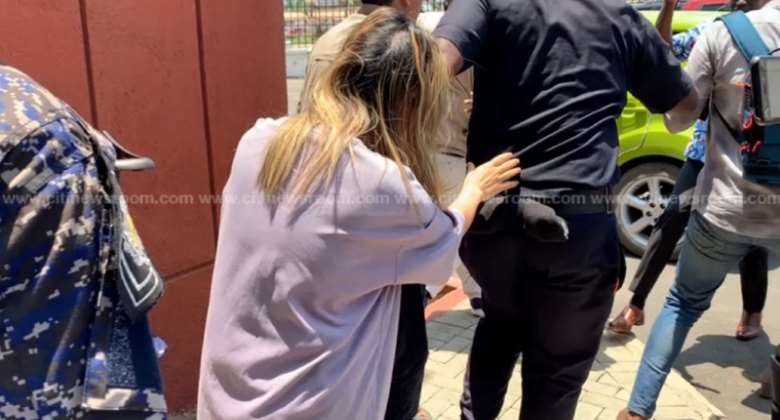 Nana Akufo-Addo has told Ghanaians that we are lucky to have him as President. Why wouldn’t he say that because he told us he has put his Presidency on the line to fight and win the war on the galamsey, but looking at the drama surrounding Aisha Huang’s re-arrest, over 500 missing excavators and the color of our water bodies, he is still going around as the President.

On the deportation, repatriation or fleeing of Aisha Huang, Hon. Yaw Osafo-Marfo had earlier told us that jailing Aisha wouldn’t bring any economic benefits to the country.

Last week, the President told us that he is not STILL sure whether Aisha Huang was deported or she fled the country in 2018. If the President still doesn’t know how Aisha was not seen again after 2018 but re-arrested in 2022, don’t you see the President was misled in 2018? Then you ask yourself, what kind of President does Ghana have?

To make matters worse for Nana Addo, after he exposed himself as an empty President in that interview, Hon. Kojo Nkrumah was on TV and radio telling us the difference between deportation, repatriation and fleeing to confirm that Nana Addo is a certificate-less law President.

But why is it that these days anything said by either Nana Addo or Dr. Bawumiah, takes the whole communication machinery of both the government and the NPP to explain what they meant to us? Just look at how Kojo Oppong-Nkrumah tried to explain the difference between deportation and repatriation after Nana’s interview. It also took the same team, two weeks to explain when Dr. Bawumiah said he preferred one Ghana card to a thousand interchanges. Are their speech writers not educated enough or the communicators think Ghanaians are fools?

Nana Addo, who has put his Presidency on the line against galamsey doesn’t seem to know that the kingpins doing galamsey are his party executives, MPs and Ministers. This is because he knows nobody will hold him accountable for that statement. If the voice to cause him to resign because he has lost the war against galamsey is very loud, he would have been serious about what he says.

By the way, if Nana Addo doesn’t know what is wrong if in the full view of the British High Commission staff, he could go there and copy a condolence message to the Queen, then we don’t have a country. A President, who prides himself of giving free education to his people but goes to copy a condolence message in the full view of the High Commission’s staff is not a President worth celebrating.

We expect President to respect the roadmap on Ofori-Atta's d...
24 minutes ago