A meeting between Atiku and Wike 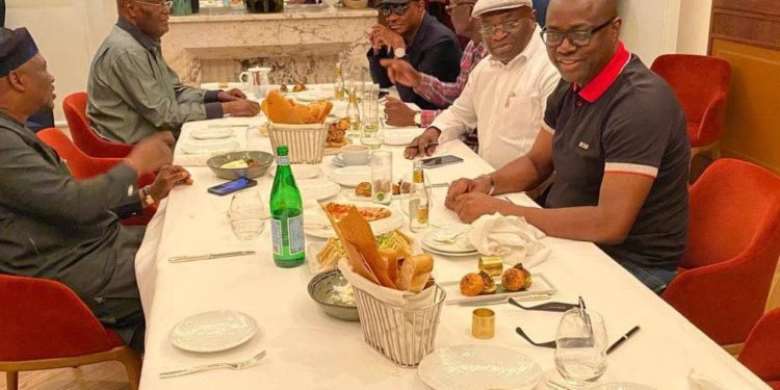 On August 25, 2022, Atiku Abubakar, a former vice president and the Peoples Democratic Party's (PDP) presidential contender for the general election of 2023, visited with Barr, the ebullient governor of Rivers State, Nyesom Wike.

It's a democratic development in London, England, where four other Peoples Democratic Party (PDP) governors were said to be present at the meeting, which had been anticipated for some time since the two split following the PDP presidential primary poll.

Political observers are aware that the meeting's goal was to enlist Wike's support for Atiku in the upcoming general election in 2023, despite the meeting's vague contents.

The north actually believed Wike was irrelevant after he was excluded from the PDP primaries; they were too busy making jokes to remember that Wike was interested in politics, whereas they simply had political interests.

They learned this and now regret their former position, believing that Wike would be easily silenced because he was from the minority. They were wrong.

The meeting is proof that Wike is altering the political behavior of the "born to rule" north in a way that makes the traditional northern political ideas of the rest of Nigerians seem insignificant.

Wike has shown that there should be more diversity in the political background characteristics such as age, localty, career patterns, and approach, and that respect for political bigwigs should be properly observed.