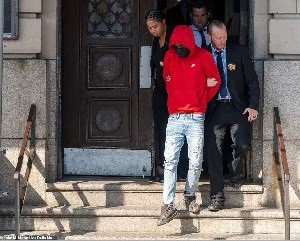 Three out of five suspects have been picked up by police in New York in connection with the gruesome murder of a Ghanaian cab driver.

Gyimah Kutin, 52, was allegedly beaten to death on August 13, 2022, and five individuals are wanted by New York police.

New York Police report indicates that, three suspects, all under the age of twenty have turned themselves in as a result of the release of CCTV footage of the attack.

Austin Amos and Nickolas Porter, both 20 years old, turned themselves in to police late on Wednesday in Queens at the 101st Precinct.

A third suspect, aged 15 years, also turned herself in later on Thursday. The female suspect has also been charged with gang assault and theft of services.

Police are still pursuing two of the remaining suspects who were also captured participating in the attack.

Kutin's wife, Abigail Bawuah, on Thursday, expressed delight about the arrest of the suspects.

“My husband was a good man. He was everything we had… he was the only one I looked up to, and now his life has just been cut short just like that,” she said at a press conference.

Bawuah, who has four children with her late husband, urged the remaining suspects to also turn themselves in.

“I'm telling them to turn themselves in because they're gonna be caught,” she said. “Wherever they are, even if they are not caught by man, God is going to bring them in.”

Portions of the released video of the attack on Kutin show various CCTV footage of the suspects fleeing from the scene of the incident through a street and later walking through a hallway.

The graphic video shows the five passengers jumping at the 52-year-old at a go before one of the male accomplices landed a heavy blow which sent Kutin flying to the ground.

The taxi driver, according to reports, cracked his head against the ground and was rendered unconscious.

Police who responded to the scene later sent him to a hospital, where he was pronounced dead.