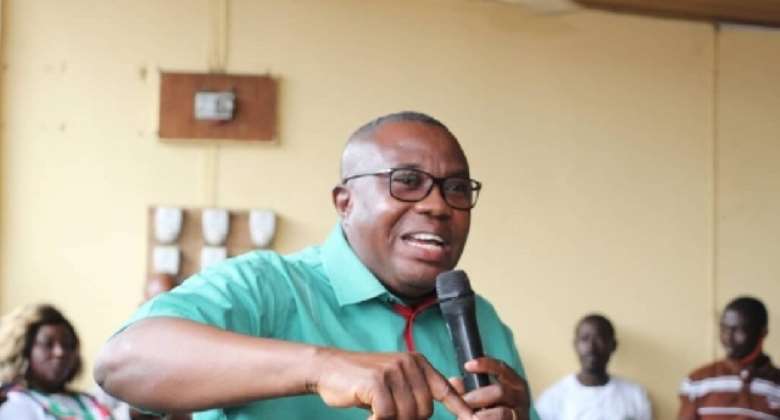 The top hierarchy of the National Democratic Congress (NDC) are in the Ashanti Region to register new members as part of the party's membership drive ahead of the 2024 general elections.

Addressing a press conference on Thursday, August 18, 2022, the National Communications Officer, Sammy Gyamfi said they have all stormed the region because "we consider this region [Ashanti] as the topmost priority of all of our priorities".

"We consider this region very special and very critical to the victory 2024 agenda of the party," he said.

He added, "we know we cannot win power and attain our objectives as a political party without giving special attention and focus to this region".

He, however, said that they may not be able to extend the exercise in the region due to the calendar of the party and, thus, appealed to the citizens in the region who believe in the ideals and values of the NDC to take advantage to register free of charge within the stipulated time.

Mr Gyamfi also indicated that the current government has not only abandoned the Ashanti region in terms of development but also not bothered about the uncompleted projects left behind by the erstwhile Mahama administration.

He said the region only sees development under an NDC government.