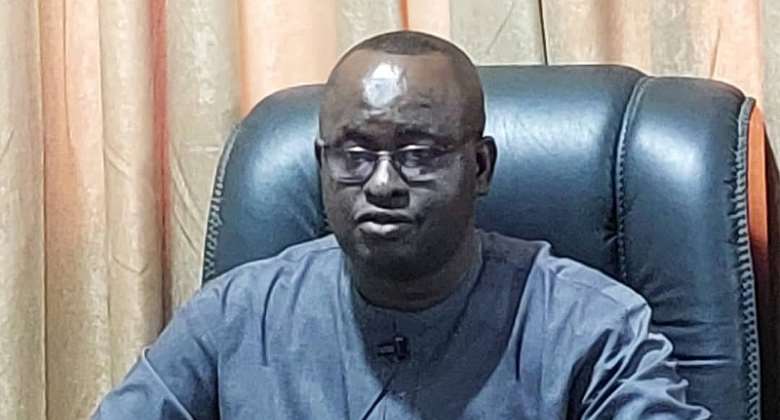 The Upper West Regional Minister, Dr. Hafiz Bin Salih has denied allegations that he has sidelined the Upper West regional leadership of the governing New Patriotic Party (NPP) from taking part in preparations ahead of a three-day working visit of President Nana Addo Dankwa Akufo-Addo.

The denial is in response to a press conference held on Wednesday by the Upper West regional executive committee of the NPP threatening to boycott activities to welcome the president to the region.

According to the committee, the boycott is in protest of a decision by the Regional Minister, to exclude them from the planning of the president's visit.

Briefing the media in his office in Wa, Dr. Hafiz said he was surprised at the turn of events.

“I was surprised to hear from a group of NPP regional executives where they indicated that the president will be paying a visit to the Upper West region, and I, the regional minister, have decided to run a one-man show. They indicated that I was spearheading the organization without recourse to the regional executives. I find that to be strange. As a true party person, I know that the visit is an official working visit, but I involved the executives in each step of the preparations”.

The Minister appealed to the rank and file of the party to bury their differences and give the president a heralding welcome.

The President is expected to commence a three-day working visit to the Upper West region from Monday, August 22, 2022, to commission and inspect government projects as well as interact with chiefs and people in the region.