'Bawumia, Ofori-Atta are the poster boys of Ghana’s economic mess; they must go' – Edudzi Temaklo 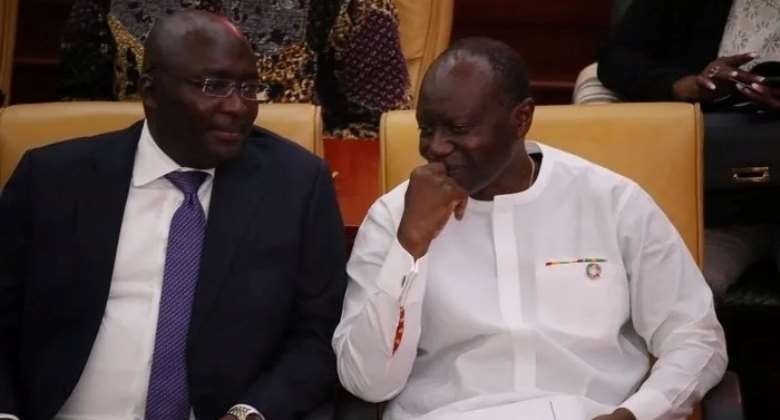 Speaking to TV3 on the New Day programme on Monday, August 15, he said the Vice President should not be at post after leading an Economic Management Team (EMT) that crashed the economy.

In his view, Finance Minister Ken Ofori-Atta has similarly contributed to the challenges facing the Ghanaian economy and must be replaced immediately.

“The poster boys of this mess are Ken Ofori-Atta and Bawumia.

“The very thing Bawumia criticized the NDC for, they are doing worse, in fact they have done a lot of terrible things. On the NPP stock, Bawumia and Ofori-Atta are not the best, we have the former BoG Governor Paul Acquah,” Mr. Edudzi Tameklo shared.

Despite this and many other calls for the Vice President and the Finance Minister to be sacked, President Nana Addo Dankwa Akufo-Addo has refused to sack any of his appointees.

Speaking to North Star Radio last week, the President argued that he needs not to reshuffle appointees in his government when they have performed outstandingly.

At the moment, the government is engaging the International Monetary Fund (IMF) for support to revive the economy.

Government is optimistic for a programme with the IMF in the first quarter of 2023.