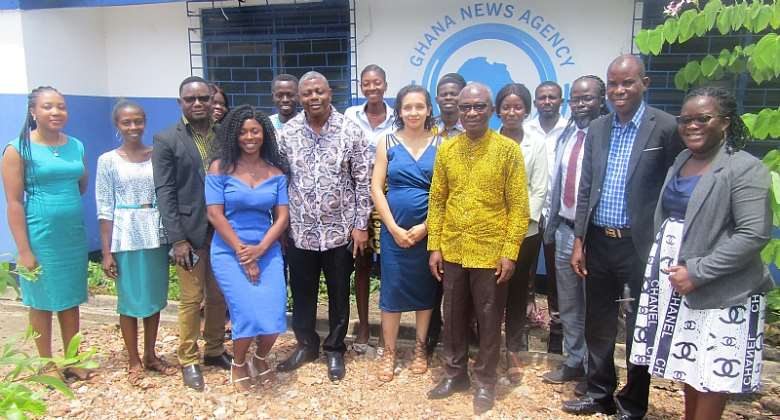 "Abolish holiday to commemorate the National Farmers Day as the period for the celebration was during the harvest season and no farmer would sacrifice their harvest, it is rather the non-farmers who ended up enjoying the holiday forfeiting its purpose."

Mr. Edward Kareweh, General Secretary of the Ghana Agricultural Workers Union (GAWU) has stated explaining that giving statutory holidays for the celebration of farmers’ day is totally irrelevant to the issues confronting farmers in Ghana.

The GAWU General Secretary, suggested that instead of making the day a holiday, governments could still go ahead and award deserving farmers while the rest of the population go to work to help the country save millions of Ghana cedis as productivity in the various sectors would still go on unabated.

Mr. Kareweh was speaking on the theme: "Ghana's Agricultural Value Chain," at the 15th Monthly Stakeholders Engagement and Workers’ appreciation day seminar organized by the Ghana News Agency's Tema Regional Office, which aimed at providing a platform for both state and non-state organizations to address national issues to enhance development.

The event also served as a motivational mechanism to recognize the editorial contribution of reporters toward national development in general, growth, and promotion of the Tema GNA as the industrial news hub, which was monitored by the Communication for Development and Advocacy Consult (CDA Consult) in Tema.

“No government is ready to take it off because it is a public relations day for politicians to exhibit themselves at national, regional, and district durbars,” he stated.

The GAWU General Secretary however called the government to review the process for honouring farmers, you cannot celebrate farmers with a holiday.

Mr. Francis Ameyibor, Ghana News Agency Tema Regional Manager explained that “we recognize the excellence in stakeholder engagement, which we believe will assist us GNA and our stakeholders to deliver and ensure that society plays an active watchdog role so that institutions perform”.

Mr. Ameyibor said the Agency was strategically placed as a credible news organisation that needed to deepen its relations with its stakeholders for mutual benefit and to advance the prospects of the agency and the country as a whole.

Other speakers at the stakeholders’ engagement were: Mr. Richard A. Quayson, Deputy Commissioner, Commission on Human Rights and Administrative Justice; Mr. Richard Kovey, a convenor at Campaign Against Privatization and Commercialization of Education (CAPCOE); and Mr. Papi-Paulo Zigah, Director of International Operations, Future Careers Ghana.