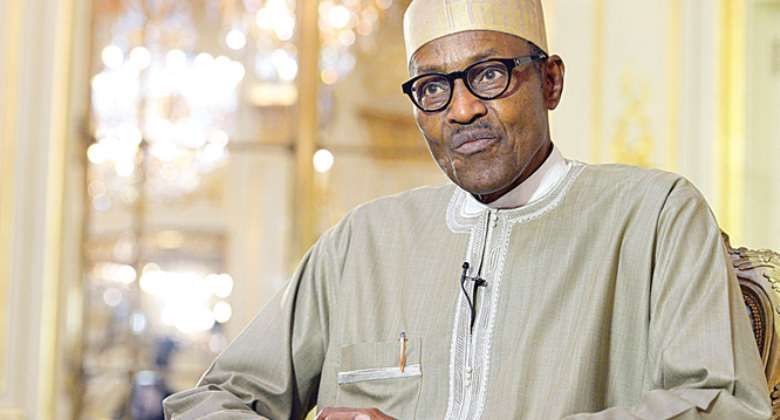 Rightly, speaking the National Security Adviser, Babagana Monguno recently stated that "The truth is that no country can ever overcome the difficulties of an asymmetric conflict by virtue of the fact that the enemy of the state is embedded within the population within the wider society…But without their support, the cooperation in terms of giving information, it makes it very hard for the operational elements…But I can assure you that there’s no straight-cut and dried method of dealing with this thing unless all of us embrace each other. "

As President Muhammadu Buhari pursues a government of selected men, especially of a particular religion, ethnicity, and constitutional imbalance, it all translates to silent dangers and complicated security.

Asking Buhari to reapportion half of the highest security and sensitive appointments to curb further internal bleeding is especially warranted by the reality that Nigeria’s cross-cultural conflict is induced by its multi-cultural, multi-ethnic, and multi-religious nature.

I must say that you are not the first head of state to overfill ethnic and regional elements into leadership positions in Nigeria, but from an international and national perspective, you have heavily baked ethnically and religiously charged leadership and security identities into the nation. And it continues to be frightening, instilling distrust, sadness, sadism, suspicion, and susceptibility in half of the population.

Through a particular religion, among others, you have allowed a personal set of spiritual attitudes, beliefs, and practices to navigate the economy, security, and developmental affairs of Nigeria. This is evident in the type of leadership imagery in today’s Nigeria.

In a population of over 200 million people, split almost evenly between Muslims and Christians, with ethnic groups such as Hausa, Yoruba, Igbo, and Fulani, among others, your type of thinking and feelings about leadership is hazardous to unity.

Former Military Governor of Kaduna State, Col. Abubakar Dangiwa Umar (rtd), quoted the founder of the Sokoto Caliphate, Sheikh Usman Danfodio, as saying, "One of the swiftest ways of destroying a kingdom is to give preference to one particular tribe over another or show favor to one group of people rather than another." And to draw near those who should be kept away and keep away those who should be drawn near. "

In a recent speech, Monguno referred somewhat to a very important mantra in domestic and national security, "If You See Something, Say Something", a campaign that encourages people across the nation to be the eyes and ears for safer communities, but with gross ethnic distruct and feelings of marginalization accelerated and anchored on Buharim; tribal, nepotistic, regional, and religious bigotry, what we find is "If You See Something, Say Nothing." As such, the joint effort of all community members across the country to be involved as observant and report suspicious activity is almost nil, making Nigeria's vulnerability to criminal violence and terrorism very high.

Here are some brutal truths about the concentrated psychology of top security officials and positions by Buhari.

Even the Nigeria National Park Service (NNPS) is manned by the same religious and ethnic outlook through the Conservator-General Ibrahim Goni. Extraordinary!

For nearly eight years, Buhari has quietly, in an authoritarian way, boldly shifted sensitive and security positions toward a subset of Nigerian society dominated by Muslim and/or Fulani men. Clearly some have the competency, but the overtly ethnic and religious clothing is just too much for a country of great diversity.

Psychologically, while Buhari might think that the country is fortified by the nature of his appointments, he is wrong as we can all see with all the economic and security wahala or chaos on account of tribalism and ethnicity, and sectionalism, which is provoking anger and sadness, which makes national disunity and insecurity obvious.

I have no doubt some of these appointees are people of merit and experience, but something is very wrong or ominous when you deliberately undermine democratic pointers by fueling leadership extremism and democratic disunity. It is not common for those who feel marginalized and rejected to be mobilized into a kind of insurgent force in the east, north, south, and other regions.

Those who feel cheated in terms of power control are more likely to engage in fairness and protest movements only to be seen as anti-government by Buhari. There is growing public disenchantment, with demonstrations mostly by southern Christian residents, activists, and politicians. Buhari, the dominantly Fulani and Islamic leadership, and Islamists across the spectrum, will view the other side as undermining the power in office. That is the Buhari circle.

The northern Muslims, both the hardline Islamists and even the Islamic terrorists in their own different ways, will decry the protestors, mostly southerners, as secularists who want to hijack political power by fomenting strife.

And with the security and military powers pointed more to the north, some terrible elements with Islamic identity try to keep the country's Islamic character, especially in leadership.

Nigeria is on shaky ground due to a severe economic crisis, opposition to restructuring, and a referendum. Buhari must act rightly. As Buhari continues to result in restructuring, protest, and referendum, he can begin to implement social restructuring by replanting seeds of truth and freedom in the form of leadership reappointment, as in letting half of the indicated positions go to the non-Islamic Fulani and Hausas.

The Chief of Defence Staff, Lucky Irabor, is from the southern part of Nigeria, while his chief of Army staff, Lieutenant General Faruk Yahaya, is from a northern Islamic background. Irabor appears to be worried about the nation's ethnically and politically heated atmosphere and has continued to maintain that the military affirms to a constitutional regime and that the armed forces should not be drawn into the partisan and social divide in matters of political power tensions. I agree.

That is his own professional thinking as a southerner, but in a society where ethnic politics is deeply colored with religion, in this case Islamism, especially as in the case of the current political leadership, internal suspicion, including the in the military, is on everyone's mind, especially amid economic, security, and cultural chaos. No one knows how many Nigerians are thinking about civil war, coup, or total separation. I will reiterate that Buhari has mismanaged institutional leadership and slowed democratic movements in a multi-cultural and multi-religious nation like Nigeria. It is time to reapportion leadership that is fair to the non-northern side of the nation, even if you only have ten months in office, as such a move could rebuild some trust and reduce contemptuous and unregulated approaches to each side.

Dear Buhari, Sir, if you start to engage in the de-ethnization and dereligionization of Nigeria’s security leadership, you will begin to always sleep restfully. All people will sleep well with their eyes fully closed, and you have nothing to lose if you give it a shot. The dangers of an unpredictable time are in our face. Do the right thing now, even if you only have a few months left.

Even if there are some weaknesses in the Constitution, it is still supreme and calls for no religious and ethnic unfairness and leadership domination. Certainly, slanted leadership is not the only cause of a tense country, but it is expressively a major irritating factor. To continue as you are doing now makes the dousing of tension, insecurity, and disunity impossible, so act now. The country is almost dying.

My loyalty towards NPP remained intact despite being sidelin...
22 minutes ago