Review Article 71 of the Constitution 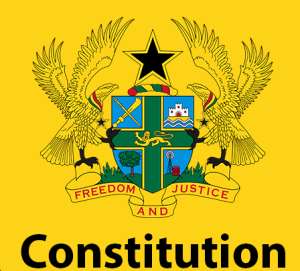 Article 71 of the Fourth Republican Constitution, which can comically be called the “animal farm” provision of the constitution, drains the financial resources of Ghana. It gives an implicit opportunity to the three arms of government and others to reward themselves unduly.

It is economically wasteful to continue the implementation of Article 71 when there are clear indications of it worsening the economic and social inequality situations in the country. The said Article is ballooning the wage bill in an unproductive manner.

The economic situation, and the level of development of the country at the time this law was crafted indicate a misplaced priority. The intentions for enacting such a law that puts extravagant expenses on the state are unclear. A country that has unsustainable public debts, challenges with its health and educational sector cannot afford to reward some of its servants gratuitously.

The exception included in the functions of the Fair Wages and Salaries Commission with regard to Article 71 office holders can be abolished as the provisions of Article 71 are not entrenched and can be amended. A fair public service pay system can be developed and managed by an institution such as the Fair Wages and Salaries Commission. The determination of the emoluments and privileges of Article 71 officers must not be determined by committees created or constituted by a President. Such committees do not possess the knowledge, skills and background in labour, wages and salaries issues for such a purpose.

The framers of the current constitution might not have done extensive research and consultation on a reward package that must be given to such office holders, among its peers within the sub-region and the continent at large or elsewhere globally. Now is an appropriate opportunity for new learning and comparative investigations from countries at the same development level as Ghana on the remuneration of public officers occupying such positions. Every country must have a different reward system for its public servants and the three arms of government. Yet the reward systems should be at comparable levels.

As a country, there must be a confluence of reasoning and ideas in realizing that a review of Article 71 will save some amount of money for development projects. Consequently, there must be a forum for a thorough evaluation of the nature and structure of a modernised reward package for such office holders. The Civil Society Organisations, Organised Labour and the Political Parties in Ghana must have deliberations on the necessity to review Article 71.

I propose the Civil Society Organisations, Organised Labour and the Political Parties in the country embark on a research to study the reward systems and packages of countries that compare well with Ghana in democracy, economic development and growth in order to determine an optimal package for Article 71 officers in Ghana. The provisions of Article 71 create economic and financial leakages that can be rationalized to improve on national savings.

The call for the review of Article 71 of the constitution will be overlooked by the political elites and those who benefit from its execution. Therefore, the Civil Society Organisations and Organised Labour in the country must use the available and appropriate means to relentlessly demand for its review. Article 71 is financially draining, economically wasteful and politically unjustifiable.