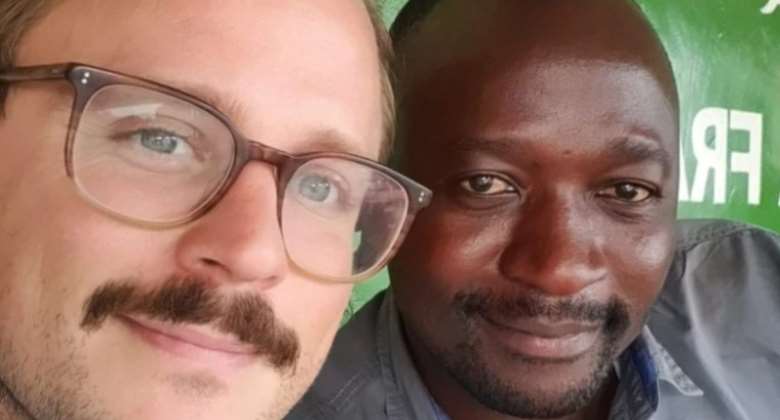 Authorities in the Democratic Republic of the Congo should immediately release journalist Joseph Kazadi Kamuanga and ensure the press can work without fear of arrest, the Committee to Protect Journalists said Wednesday.

On July 13, officers with the National Intelligence Agency (ANR) arrested U.S. freelance journalist Nicolas Niarchos and Kazadi, a Congolese journalist known for his reporting on the mining sector for various local outlets, in the southeastern city of Lubumbashi, and transferred them on July 14 to Kinshasa, the capital, according to media reports and a statement by Niarchos about the incident.

Niarchos was released on the night of Monday, July 18, but Kazadi, who also goes by the name Jeef, remained in detention as of Wednesday evening, according to Niarchos’ statement, National Press Union of the Congo (UNPC) Secretary-General Jasbey Zegbia, who spoke to CPJ over the phone, and a tweet by the Congolese Association for Access to Justice (ACAJ), a local rights group.

“DRC authorities should immediately release Congolese journalist Joseph Kazadi, just as they did his U.S. colleague Nicolas Niarchos,” said Angela Quintal, CPJ’s Africa program coordinator, from Durban, South Africa. “Journalists in the DRC are far too often arrested and detained for their work. Authorities seem not to believe that journalism is not a crime.”

Niarchos wrote in his statement, dated July 20, that no charges had been filed against him or Kazadi. CPJ was unable to immediately determine whether authorities had opened legal proceedings against Kazadi as of Wednesday evening.

Niarchos has reported on the DRC for The New Yorker and is working on a book about cobalt mining, according to his author page for The Nation, U.S.-based magazine where he also contributes reporting.

A senior DRC intelligence official told Agence France Presse that Niarchos’ arrest was connected to his contact with members of local armed groups.

Radio France Internationale reported that Kazadi was working with Niarchos when they were arrested.

Niarchos said in his statement that Congolese authorities seized his passport and devices when he was detained and destroyed records of his journalistic work. A copy of his passport was subsequently circulated on social media, he said.

In an emailed statement, the U.S. State Department told CPJ that they were “aware” of Niachos’ detention and release, adding that the U.S. Embassy in the DRC “communicated its concern with Congolese authorities regarding Mr. Kazadi’s continued detention and calls for a swift resolution of his case.”

At least two other journalists — Patrick Lola and Christian Bofaya — have remained in detention since they were arrested on January 10 in Mbandaka, the capital of Équateur province, as CPJ has documented.