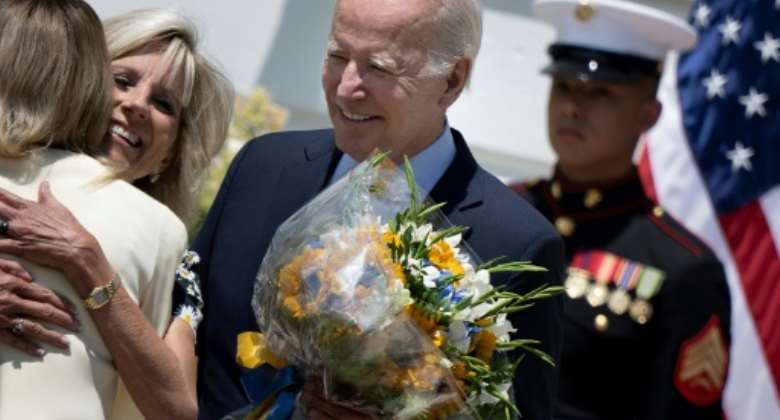 US President Joe Biden announced Wednesday that he will welcome African leaders to Washington in December, a new initiative to build ties with the continent where China's influence has been rising.

Biden said he will hold the summit from December 13 to 15 to "demonstrate the United States' enduring commitment to Africa."

"The US-Africa Leaders Summit will build on our shared values to better foster new economic engagement," Biden said in a statement.

The meeting will also "reinforce the US-Africa commitment to democracy and human rights" and tackle Covid-19 and future pandemics as well as climate change and food security, Biden said.

Secretary of State Antony Blinken announced the summit during a visit in November to Nigeria without giving a date.

The summit comes as China -- identified by the Biden administration as the leading US rival -- as well as Russia and Turkey sharply increase their presence in Africa.

The US foreign aid chief, Samantha Power, on Monday urged China to do more to address the global food crisis aggravated by Russia's invasion of Ukraine as she announced more than $1 billion to avert starvation in the parched Horn of Africa.

China, with its quest for natural resources and an infrastructure spending blitz, has increased investments to Africa some 100-fold since the Asian power's integration into the global economy in 2000 and has regularly met with African leaders.

US allies France, Britain and Japan have also been holding routine summits with African leaders.

Biden did not specify the guest-list for the Africa summit. When former president Barack Obama held a similar summit in 2014, he invited the vast majority of leaders but declined to include Central African Republic, Eritrea, Sudan and Zimbabwe due to human rights and democracy concerns.

The summit marks a return of high-level US attention after the presidency of Donald Trump, who made no secret of his lack of interest in sub-Saharan Africa.